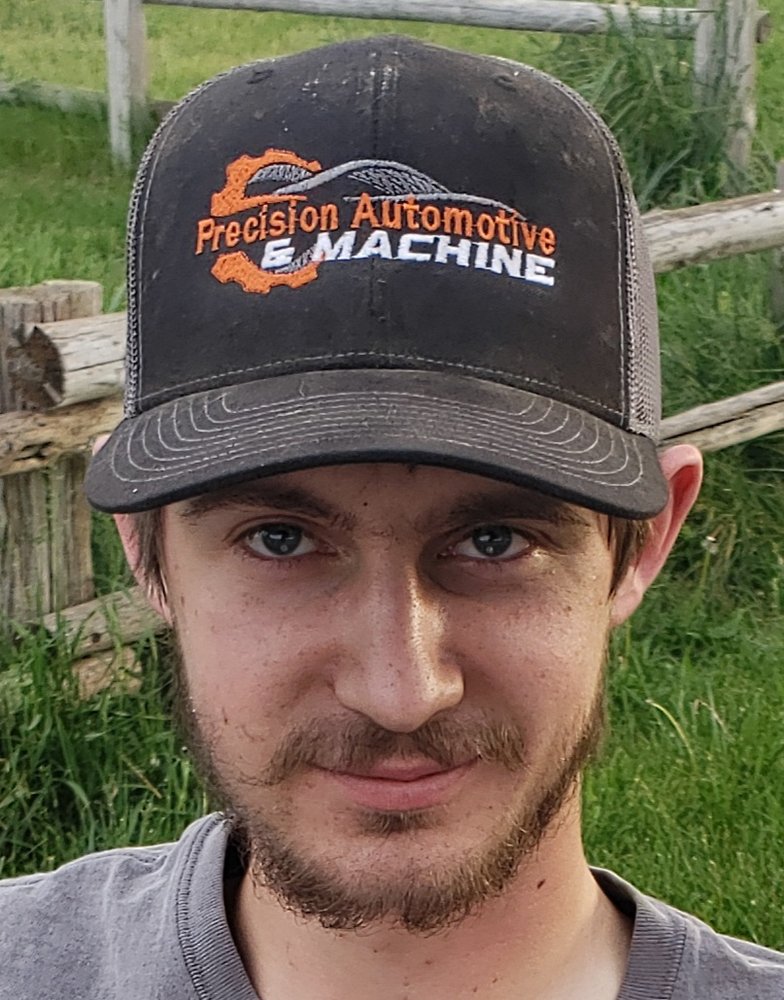 Cody F. Hall passed away Friday November 13, 2020 from injuries sustained in a motor vehicle accident. Cody was born May 8th, 2000 in Caldwell, Idaho, the youngest son of Alvin and Jeana Hall. He was raised on the ranch outside of Ontario with his older brother Tucker and grandparents Jim and Ilena Knott.

Cody grew up helping to build the ranch, he could ride horses if he had too but preferred a steering wheel and a gas pedal of some sort. He was always helping us whether it was with livestock or fixing something. His mind was always thinking of ways to fix a problem. He just had a way of working things out in his mind and making it happen. He would help strangers who could not defend themselves by stepping in to protect them. He would often go with his grandmother to town to keep her safe while shopping. Her nickname for Cody was “cupcake”. Cody loved to go hunting and fishing. He and his dog Jack spent many hours out doing just that, even if Cody had to transport Jack by dirt bike. He loved working on his Chevy pickups and was usually changing something to make it do this or that.

As boys Tucker and Cody spent many and hour out in the shop with their dad tearing apart or building vehicles and machinery. They learned to put tools away and many other important life lessons while helping and watching, that they have carried on into their adult lives. Cody also learned woodworking from his grandfather, Jimmy.

Cody did not enjoy school as it was too restrictive but loved his mechanic class in high school and had great respect and admiration for his instructor/mentor Wade Johnson. He met his girlfriend Bry at one of the school functions in John Day and they had many happy times together 4 wheeling or just hang out. Cody graduated from Harper Charter School May of 2019.

Right after graduation he started working for Precision Automotive in Ontario Oregon. Cody loved anything about mechanics but was extremely proud of the fact he was an up and coming machinist. His boss and mentor Kyle were extremely helpful in Cody’s endeavor to becoming the best he could be at this while he still helped on the auto side. Kyle and Wade also helped in Cody’s transition from a student to a mechanic/machinist.

Cody loved to tell a good story especially if it was to put one over on an unsuspecting person (his mom generally) but all in good fun. Just to see if he could and yes, he could.

Cody was fearless like his dad and lived life to the fullest whether it was hunting varmints, riding his dirt bike at mock 90 with his buddies or driving on the dirt roads like it was a Baja track. Cody got his driving ability from his dad and they would swap stories about their adventures, grinning the whole time. His only limit was gas and parts.

Cody and Tucker were typical brothers and fought with each other but always had each other’s back. It did not matter the time of day or night. Gas or part runs were made and a few tows out of a “deeper then suspected” bogs.

We will always be grateful to Sean and Juzella Fugate for taking him in as their own during the rough patches and Trevor for being his second brother. You are all greatly appreciated and loved.

Cody is survived by his dad and mom, Alvin and Jeana Hall of Ontario, his brother Tucker Hall of Ontario, his grandparents Jim and Ilena Knott of Ontario, his Uncles and Aunts and their spouses Doug and Kathleen Knott of Unity, Josh and Becky Knott of Fruitland, Laura and Dick Shunn of Canby, Lorrie and Dora Hall, Cousins Kyle and Alicia Hughes, Tanner and Mick Corless , Chelsey and Bryce Walker, Chase Knott, Matt and Rebecca Shunn, Derek Shunn, Julie and Tyler David, Nephews Hunter, William , Henry, Michelle and numerous great aunts and uncles and 2nd and 3rd cousins.

He is preceded in death by his grandparents Alvin Hall Sr, Wanetta Hall, his great grandparents Ed and Doris Harris, Seymour and Lois Knott.

Graveside services to be held at Valley View Cemetery in Vale, Oregon on Friday the 20th of November, 10 am under the direction of the Lienkaemper Chapel, Vale

To send flowers to the family or plant a tree in memory of Cody Hall, please visit Tribute Store
Friday
20
November