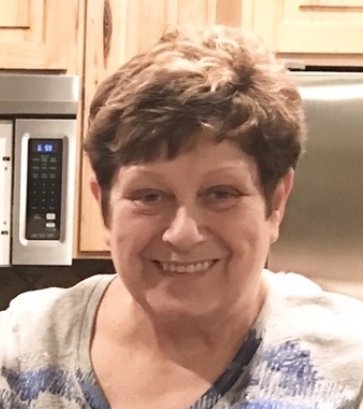 Shirley Ann Dille Williamson passed away peacefully at her home on October 23, 2020 surrounded by her loved ones.  Shirley was born in Payette, Idaho on June 29, 1943 to Kermit and Mary Dille, the oldest of three children.  She lived her entire life in Weiser where she attended school. Shirley was an active participant in the Weiser High School band and graduated from Weiser High School in 1961.

While attending bowling tournaments with her father, she met and began dating the love of her life, Dean Williamson, of New Plymouth, Idaho.  They were married on December 8, 1962 at the Weiser Christian Church.  Together they continued to take pleasure in bowling, traveling, and attending races at Meridian Speedway.

Dean and Shirley were blessed with the adoption of their children, Shane and Shannon, along with their foster daughter, Janeil.  Janeil joined Shirley’s family from the summer of 1982 through 1984.  Shirley took delight in sharing her adventures with her family and watching her children grow up into successful adults.   She was again blessed with her three grandchildren that brought great joy to her retirement years.

Shirley started her banking career May of 1961 at Idaho First National Bank.  After 37 ½ years she retired from The Bank of the West (US Bank).  Not one to remain idle, Shirley worked part time for Farm Bureau and finished her career working at the Washington County Courthouse scanning documents.

In her younger years, Shirley loved spending time in McCall at the family cabin, boating, and water skiing, along with lounging on the beach enjoying the sun.  Shirley also found enjoyment watching her uncle John Panike, and cousin Rod Panike drive their race cars at Meridian Speedway. Later in life, Shirley continued to vacation in McCall, perusing yard sales, and spending time with her family.  She enjoyed finding new recipes for her family and friends to sample, along with canning fruits and vegetables.  Throughout her retirement, she found pleasure in reading, completing word searches, and cooking, but not cleaning.  Shirley spent many hours walking at the high school with her walking partners, Marilyn, Marilyn, and Jo.  Over the years, Shirley and Dean enjoyed attending Weiser sporting events where they first watched their children participate, then children of their family and friends.  Shirley was an avid collector of Precious Moment figurines, and a member of the Weiser Christian Church.

Shirley’s family and friends will miss her smiling face, warm heart, and “up for anything” attitude.  Friends and family meant the world to her, and the loss of her presence will leave a lasting hole in everyone’s heart that knew her.

The family would like to thank Dr. Gamboa, Dr. Hodson, Kent Hamilton P.A., Heart n’ Home Hospice, and the Weiser Christian Church for the care and support.  Memorials may be made to the American Cancer Society.

Graveside services will be held at Hillcrest Cemetery on Friday, October 30, 2020 at 2:00pm.

To send flowers to the family or plant a tree in memory of Shirley Williamson, please visit Tribute Store