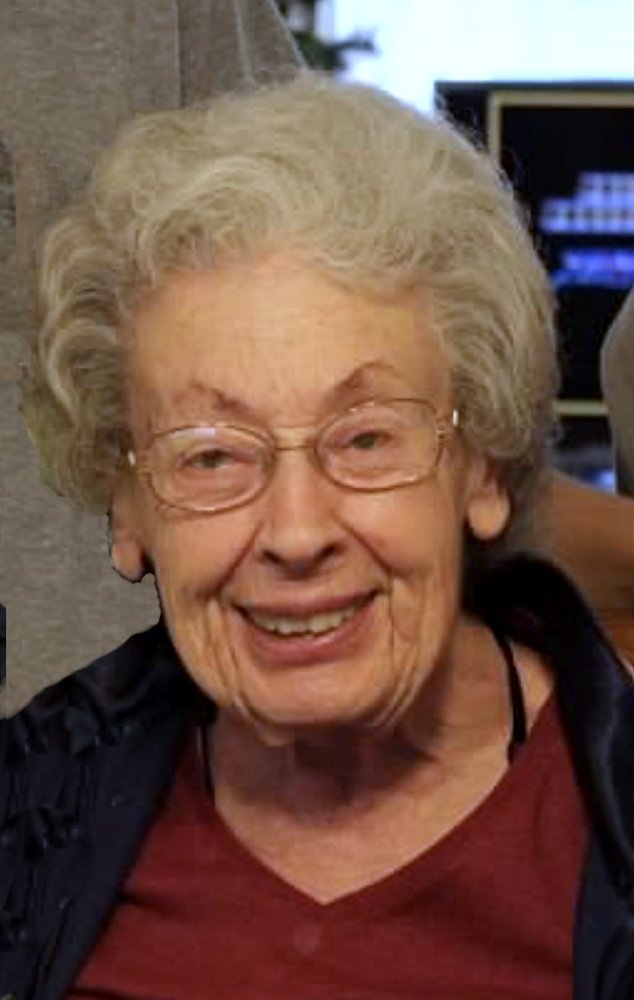 Miss Almeda Coons passed to her heavenly reward on Monday evening, September 21,2020 at age 92 in her home in Weiser, Idaho surrounded by friends and her beloved dog, Tru-lee.

Almeda was born in Wheatland, Wyoming on February 26, 1928.  After a 10 week stay in the hospital, Almeda was adopted by Albert Francis Coons (1889-1950) and his wife Clara Almeda (Jagger) Coons (1891-1961).  Almeda lived in Parco, Wyoming, a company oil town named for Producers and Refiners Corp., where her father cleaned oil tanks.  The Producers and Refiners Corporation was purchased by Sinclair Oil Co. and Parco became Sinclair, Wyoming in 1942.

Almeda attended the Parco Schools through the 8th grade and then on to Rawlins, Wyoming for high school, graduating from Rawlins High School in 1946.

Almeda attended Sterling Presbyterian College in Sterling, Kansas graduating in January, 1950 with a Bachelor’s degree in English.  Her first job was in a mission school in Ezel, Kentucky.  After Almeda’s father passed in April 1950 ,Almeda and her mother moved to Nampa, Idaho to be close to her mother’s brother, Barbe Jagger.

In the Fall of 1950, the Idaho State Department of Education advertised a 9th grade English position at Weiser High School.  In those days, Weiser High School was housed in the Intermountain Institute buildings.

Almeda was a fixture at Weiser High School for 40 years.  She unabashedly participated in faculty skits at Homecoming and loved a good prank.  Her “First Day Speech” was legendary and re-enacted with great joy at class reunions over the years.  Her “kids” are, to this day, some of the best grammarians around.  Most can still diagram a sentence successfully, recall a Shakespeare play, or recall the protagonist in a classic English novel.

Almeda loved to recall “her kids” from her classes over the 40 years of teaching.  She could name every student, tell the year they were in her class, and usually recall a story about them.  Almeda attended every class reunion, wedding, and even funeral of her “kids.”  She was especially proud of the students who attended Indianhead Academy Alternative High School where she attended every graduation until she was no longer physically able.

After 40 wonderful years teaching “my kids”, Almeda retired in the Spring of 1990.

While living and teaching in Weiser, Almeda was able to locate and become acquainted with her birth mother, Nellie C. Stalnaker (1898-1972), and father, Roy William Fees (1890-1980).  After these happy reunions, Almeda proudly reported, “I am 1000% German!”

Almeda never had a television because, in her words, “I don’t want that stuff in my head!” Almeda loved literature and read everything friends suggested or brought by, regardless of topic or genre.  She loved books on faith and classical music, especially Handel’s Messiah performed by the Chicago Symphony.  Almeda was very musically inclined playing the flute, the accordion, the piano, and the organ.

Almeda seldom used her radio, the exception being every Friday night in the Fall when the radio was tuned to the Wolverine football game.  She delighted in hearing “her kids” names on the radio and loved to hear the game details the next day.

In 1959 Almeda purchased a 1957 Chevy but couldn’t drive it home because she didn’t know how to drive, so she asked fellow teacher Phyllis Elvy to teach her.  Almeda’s car was the only car in the Weiser High School parking lot parked at an angle so no one would ding the paint with their car door.

Almeda’s students and friends loved to hear her stories and famous quips:

If I tell you something, you have to chuckle.

You don’t want to get me started!

I could just spit.

Oh, thanks for that.

Let’s see, what else do I know?

In 1969 Almeda bought a 1967 Broadmore single-wide trailer located at Clifford’s Trailer Park in Weiser.  Later she moved the trailer to Pioneer Village where she lived until her death.

Almeda was devoted to her Lutheran Church in Emmett, Idaho and seldom missed Sunday service, even when she had to be lifted from her car and wheeled into the sanctuary.  Almeda had a deep and lasting prayer life and never forgot a petition or request to lift someone’s needs in prayer to the Lord.  In fact, Almeda was not planning to have an obituary or even final service, but decided that, if it would spark a spiritual renewal in just one person, it would be worthwhile.  Always thinking of the well-being of others.

Almeda was loved and cared for by so many wonderful people over the years who drove her to appointments, fixed her meals, fixed her hair, collected her mail, handled her business, tended to her medical needs, maintained her home, her yard and car, and accompanied her to Church on Sundays in Emmett when she was no longer able to drive.

Almeda was always an optimist and never complained about her physical condition.  She might be shuffling along, getting her daily walk in, bent in half with arthritis, and when asked how she was doing, “Never been better!”

Memorial services will be conducted at Our Redeemer Lutheran Church, 407 So. Hayes St., Emmett, Idaho.  Time and date TBD.

Miss Coons will be laid to rest alongside her adoptive parents in the Rawlins Wyoming Cemetery.

Memorials may be made in Almeda’s name to Our Redeemer Lutheran Church, 407 South Hayes Ave, Emmett, ID 83617.

To send flowers to the family or plant a tree in memory of Almeda Coons, please visit Tribute Store