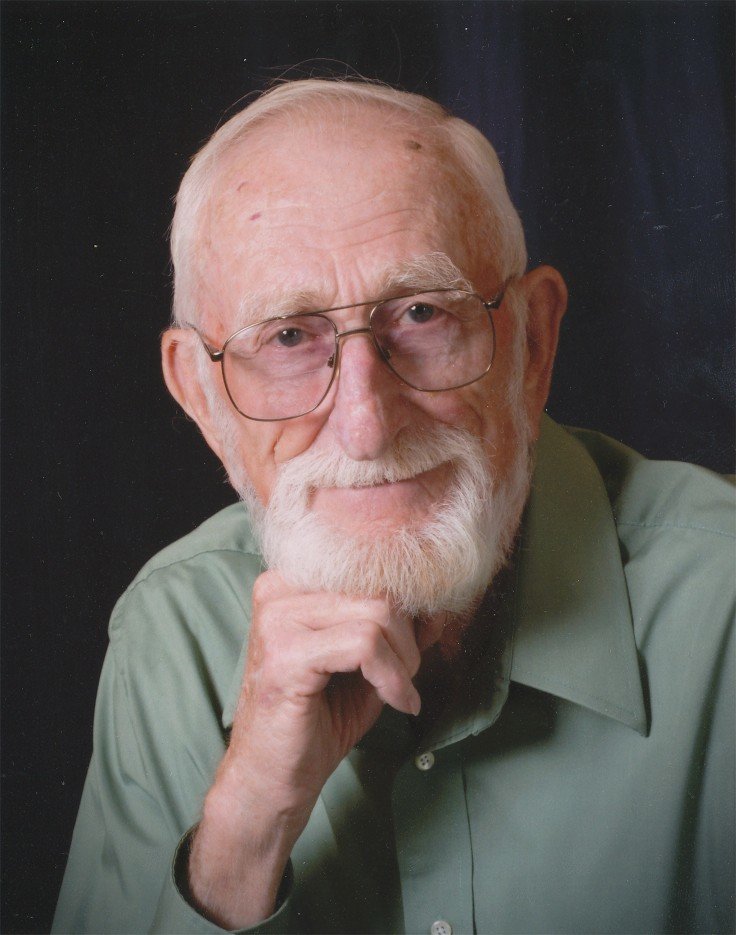 He was born November 14, 1928, on a wheat farm in Esmond, South Dakota, to Stanley and Nona Reedy Dentinger. The family moved to Vale in July of 1933, and Lindy promptly became lost during the 4th of July festivities. The Malheur County Sheriff found the lost Dentinger boy and returned him to his family. That lost boy made Vale his home, helped build the family business and raised a family moored to his hometown.

Lindy graduated from Vale High School in 1947 and remained a lifetime Viking and productive citizen of Vale. “I wasn’t a great athlete,” he always said, “but I was a good athlete.” He followed his children, grandchildren and great-grandchildren to sporting events and proudly cheered for Vale even during the rare years that he did not have a relative participating.  Lindy loved giving back to the community. He served his country during the Korean War and returned to Vale already signed up by his father as a member of the American Legion. In 2015 he was recognized for 60 consecutive years of membership. That early experience initiated a lifelong career of service. Lindy was an active contributor to various charitable and civic organizations including Vale Chamber of Commerce, St Patrick’s Men’s Club, the Valley View Cemetery Board, Vale School District Finance Committee, Ontario Elks, Oregon Grain and Feed Association, and the Vale Lions, where he reminded fellow Lions and prospective donors any chance he could that “we are doing this for the children.” Along with Ray Barnes, Lindy resurrected the annual Ground Hog Day Dinner when it was in danger of losing support. Lindy’s contributions led to a litany of awards, including Grand Marshall of the Vale  4th of July Rodeo; Lions Club International’s highest honor, the Melvin Jones Award; Citizen of the Year from the Vale Chamber of Commerce; and induction into the Vale High School Alumni Association Hall of Fame. His devotion to the community only increased when his son, Mike, drowned. This tragedy spurred the community to establish the Vale City Pool. He gave freely because he cared deeply and because it was the example his father set for him.

Stanley founded Dentinger Feed & Seed in 1938; the family business would become a pillar of Lindy’s life for the next eighty-two years. Like his seven siblings, Lindy split time between school, sports and the store. Although he often joked that he only went to school and played sports so he would not have to work, Lindy devoted his life to the family business. He started at the bottom and worked his way up, as those of his generation were wont. Lindy learned his industriousness from his father; his people skills from his brother, Gale; and his combined thrift and charity from his mother, Nona. To his grandsons’ embarrassment, he continued doing the little jobs that no one else wanted to, sweeping and tidying up well into his nineties. Although Lindy had hoped to operate heavy equipment in the military, his typing skills relegated him to being a clerk, but those same skills ensured that he was a detail-oriented and fastidious businessman. Perhaps his greatest contribution to the family business was his reputation of honesty, integrity and reliability. Even during the lean years, farmers knew they could trust Lindy with their crops, and cattlemen knew they could rely on Lindy to deliver what they needed, when they needed it.

Above all else, Lindy’s legacy is his family. We know him as a loving husband, brother, father, grandfather, and great-grandfather. His parents set an example he proudly and routinely emulated for decades. He wed to Donna Trosper in 1949. They had five children, thirteen grandchildren and enumerable great-grandchildren. Donna left us too soon in 1975. Lindy married Evelyn Martin in 1978. He is remembered as a strict, yet forgiving father, a bad-driving-Disneyland-leading-number-one grandfather and an example we all hope to live up to.

A private, family Rosary and Mass will be held at St Patrick’s Catholic Church, burial to follow at Valley View Cemetery.

Memorial contributions may be made to Pioneer Place in Vale and swimming lesson scholarships through the Vale City Hall.

To send flowers to the family or plant a tree in memory of Lindy Dentinger, please visit Tribute Store