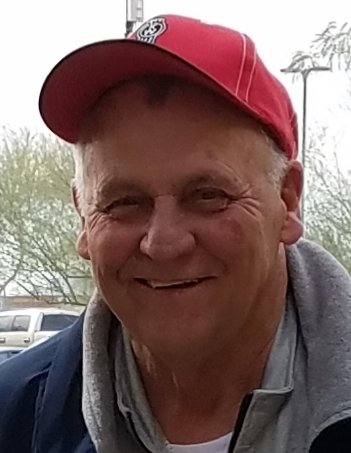 Vern DeJongh, 76, peacefully passed away at his home in Fruitland, ID on September 14th, 2020.

Vern was born on September 13th,1944 in Laverne, MN to Kathryn and Wesley DeJongh. He was the oldest of 4 children, with 3 younger sisters; Karla, Marilyn and Lindy.

He grew up on a farm in the mid-west. When he was a teenager his family moved to Phoenix, AZ. They spent a few years in Phoenix then moved to Springfield, OR. Where he met and married Beverly Clugston. In 1964 his daughter Julie was born followed by daughter Jill in 1965.

Vern spent many hours working at the airport in Springfield and became a pilot. He enjoyed flying his Cessna 210. While living in the Eugene area he was a truck driver and a rancher.

In 1980 he purchased a dairy and moved his family to Fruitland, ID. The family spent their time working hard on the dairy, it was a team effort where many great memories were made. Vern loved his dairy and took pride in his work.

Vern married Marilyn McDaniel in 1994. Marilyn had 2 children from a previous marriage; Marilee (Pete) Roldan, Ontario, OR and Dusty (Michelle) McDaniel, New Plymouth, ID. He loved his family and they loved him. His great sense of humor and personality made him fun to be around. He will be truly missed by all who knew him.

Services under the direction of Ontario Lienkaemper Funeral Chapel will be held on Monday, September 21st, at 1 pm, followed by graveside service at Valley View Cemetery, Vale, OR. Please observe Covid Protocol.

To send flowers to the family or plant a tree in memory of LaVerne DeJongh, please visit Tribute Store