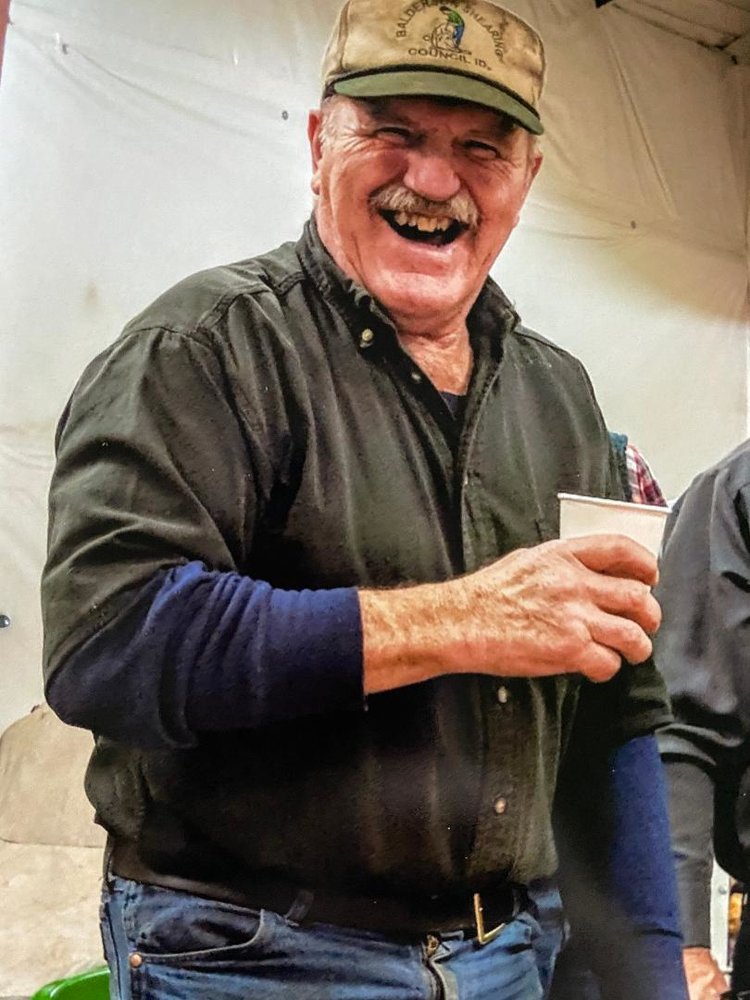 John Wayne Balderson SR ran into the arms of our savior on August 28th, 2020.  He is survived by his children John (Jefri) Balderson JR and Dana (William) Abram, including his stepchildren Rob (Wanda) Laine, Lori (Glenn) Draper, Rich (Ty) Laine, Diana (Kelly) Anderson and Stacy (Pat) Lang.    He had numerous grandchildren and great grandchildren who he adored. He is also survived by his wife, Paula Balderson.   He was surrounded with family when he met our Lord.

John was born in Council Idaho to Jerry and Lucille Balderson.  He was the oldest of five children.  His siblings are Harold and Gerald Balderson, Mary Fewkes and Bill Balderson.  He graduated from Council High School in 1966.  Shortly after graduation he headed off to Wyoming to mechanic school.  This was the longest time he lived away from Council.

John was a man of many talents.  He was in the logging industry for many years.  He started shearing sheep when he was 16 years old.  He continued to shear sheep for many years after he decided to stop logging.  He still knew his way around a chainsaw though.  He traveled the country going from farm to farm to shear sheep for 56 years.  Everyone recognized the shearing plant that he pulled behind him.  He always had a wave and a smile!  His favorite thing to do was to shear the local 4-H lambs.  He loved helping the kids and giving back to the community.  His number one love was ranching.  He worked so hard to sustain the family ranch on Mill Creek.  It meant so much to him to be able to live there in the home he was raised in.

John loved life!  He enjoyed everything he did.  Some of his best times were flying his ultralight, going to rodeos and being a shearing judge at the National Western Stock show in Denver.   He also enjoyed doing shearing exhibitions for the Trailing of the Sheep festival for 21 years.   Being with family was his most loved time.  As busy as he was, he always made time for family.

To describe John is a little overwhelming.  There are not words big enough to suit who he was because he was larger than life.  He was a fun-loving man with sparkling eyes and an infectious laugh.  He enjoyed being with people and was quite the jokester and he gave the best hugs. Integrity was so important to him and he had the strongest work ethic.  John was a firm believer in God and was incredibly faithful.   He is leaving quite a legacy.

We lost a legend.

A Celebration of Life Honoring John will be held Saturday, September 26, 2020 at 2:00 p.m. at the Council Fairgrounds.  Please join us for a potluck meal to follow the service.

To send flowers to the family or plant a tree in memory of John Balderson, please visit Tribute Store