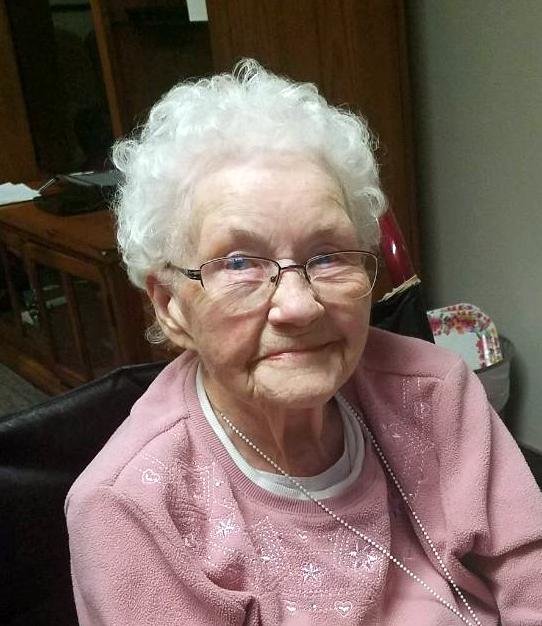 Bessie Austin passed away on August 17, 2020, at the age of 97. She was born February 13, 1923, in Camas, , to Henry and (Peden) Wohlsein. She was the youngest of four children having 3 brothers – Roy, Harry and Fred Wohlsein. She grew up and was educated in Camas and attended in , after graduating from high school. She and a friend rode the bus every day to to attend classes. After finishing business school, she worked at a bank in for a time, then worked at the Army Depot in during WWII. She also worked at the paper mill in Camas.  Bessie loved to dance and talked about attending dances almost every Saturday night during the Big Band era. She bowled on a women’s league during those days and was quite a high scorer! Bessie learned to embroider from her mother when she was a young girl and continued to embroider beautiful pillow cases, dish towels, table linens and the like until she was in her 90’s.

In 1950, Bessie traveled to to help a relative of her friend/neighbor. She stayed with Earl and Dorothy Hickey and helped Dorothy during her recovery from a surgery. During that time, she met Earl’s brother, Oscar, and the rest of the large Hickey family. Oscar must have been pretty sweet on her as he apparently moped around the farm after she went back home to Camas. The story is that his brothers, who he farmed with, packed his bag, told him he was useless and not getting his work done, sent him on his way to and told him not to come back without that gal! So he went to Camas, loaded her up and brought her back.  Oscar and Bessie were married March 13, 1951. Oscar had two sons, Bill and John, ages 11 and 9, that Bessie helped raise. Three more little ones soon came along Colleen, Jim and Jo Anne. They farmed on the Oregon Side near Weiser, then moved to the Weiser flat in 1961.  They farmed and ranched in the Weiser area until Oscar’s death in 1977.

Bessie married Les Austin in June of 1981, and moved to his farm/ranch in New Plymouth where they lived until his death in 2002. They had cattle and horses which made a fun place for the grandkids to visit. Les had a son, Jim, his wife, Barb, and their children, Tyley and Ross, who she has always loved and enjoyed.

Bessie returned to her bowling while she was in New Plymouth and traveled with the team for most of the years she lived in New Plymouth. After Les’ death, she moved back to Weiser and continued bowling on a league well into her 80’s. She lived in her apartment in Weiser until 2014 and was 91 when she moved to assisted living in to be near Jo Anne and Gene and their family.

Bill Hickey and his wife, Whitney, had two daughters, Diane and Alana, three grandchildren and one great grandchild. John Hickey had one son, Johnny, three grandsons, Josh, Mitch and Ryan, and numerous great grandchildren. Her daughter, Colleen, had two daughters, Monica and Katie Nixon, who Bessie enjoyed and spent a lot of time with during her years in Weiser. Bessie’s son Jim has one son, . and Ashley have two children, William and Athaleene. Jo Anne and her husband Gene Scott, have two sons, Jerrod and Justin. Jerrod and Tiffany have three children, Sammy, Audrey and Oliver; and Justin and Stephanie have one son, . The include Jim and Barbara, their daughter Tyley and husband, Neal Nelson, and three children, Saylor, Beau and Crew; and son Ross, his wife, Dani, and their three children, Kaden, and Camdyn.

What a long and beautiful life well lived! Her happy smile and stories will be remembered and missed.

To send flowers to the family or plant a tree in memory of Bessie Austin, please visit Tribute Store