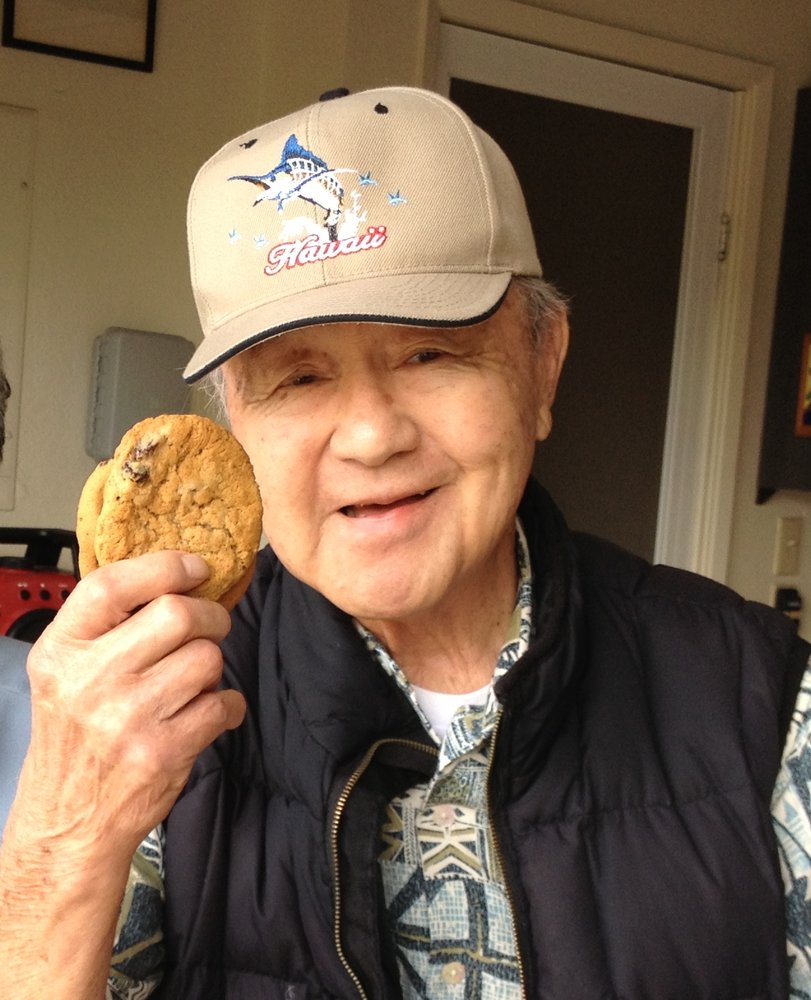 Robert “Bob” Kido, 88, much loved husband, father, grandfather and great-grandfather (and perpetual cookie thief) passed peacefully into the arms of Jesus in the late afternoon of Friday, July 24, 2020, surrounded by family at his home in Ontario, Oregon.

Bob was born on April 20, 1932 in Portland, Oregon, to Yuhei and Tomoyo Kido.  He was the last of five children.

Bob and his family were part of the evacuation of Japanese Americans during WWII in 1942, when his family was initially interned at the Portland Assembly Center and then relocated to Nyssa, Oregon.

Bob graduated from Nyssa High School in 1948 at the age of 16, having skipped two grades.  Although his parents wanted him to go to college, he loved farming and chose to do this with his two brothers after graduating.  Bob farmed for many years, and in 1989, he was recognized by the Ontario Chamber of Commerce as Agriculturist of the Year.

Bob loved invention and innovation – he made uniquely useful farm tools; go-carts and elaborately welded roller coasters for his children and grandchildren; and eventually invented a new process by which to produce oil from cull onions.  He built an onion plant, Northwest Essential Oils, to implement this process, which became the only plant in the United States to make onion oil, and only one of five to do this in the world, at the time.  He eventually sold this and his farm, upon retirement.

Bob met and fell in love with Yaeko Inouye, and the two were married on November 12, 1955.  They subsequently had five children and were blessed with over 64 years of marriage together.  Bob loved big trucks and often told Yae that when he retired, he would take her around the country in a big truck, which he often worked on in his shop.

Bob loved the Lord and enjoyed serving in church with Yae.  Throughout their years at Ontario Community Church and Christian Life Fellowship, they led a Life Group together, team taught Sunday School for many years, and served on the worship team.  Bob and Yae raised their family to recognize God as the center of life.

Bob was well known for his sense of humor, which could pop out in surprising places, like a church service.  His humor and big smile in his last days continued to bring laughter and joy to those around him.

The family would like to express their sincere thanks to the wonderful team from Horizon Hospice, led by Dr. Mark Christensen.  Special thanks and heartfelt gratitude to Kevyn, Crystal, and Justine, who cared so well for Bob.

Due to covid-19, Bob’s Life Celebration will be postponed until all the family can gather together.  However, there will be a short service outside at the gravesite on Friday, July 31, at 10:00 AM at Evergreen Cemetery in Ontario for those who would like to come.  Masks and social distancing are requested so everyone can be safe.  Services by Lienkaemper Chapel, Ontario

To send flowers to the family or plant a tree in memory of Robert Kido, please visit Tribute Store
Friday
31
July