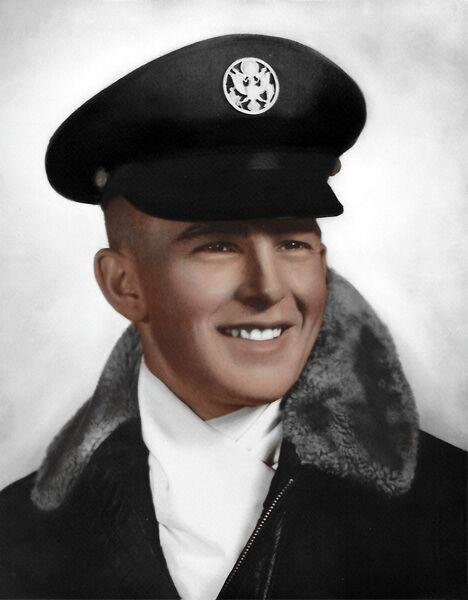 Donald Vandeweghe passed away in the early morning of July 15th, 2020. He was 78 years old.

Don was born in Seattle, Washington. After graduating from high school, he enlisted into the United States Air Force at 17, with his father’s permission. In his Air Force career, Don became a beacon of patriotism, service, dignity, courage, and quiet, high-profile success. He was a veteran of two foreign wars, the Korean War and the Vietnam War. He accumulated over 15,000 flight hours, including many combat missions while serving during the Vietnam War. His service during Vietnam allowed him to serve as a flight engineer aboard Air Force One during the Ford administration. Don was in the air with President Ford when he was sworn in as president following the tenure of President Nixon. He retired after serving for 20 years, honorably discharged. One of his favorite parts about flying were the 40,000 foot sunrises he enjoyed from inside a cockpit.

Early on in his Air Force career he was stationed in Mountain Home, Idaho. It was in Mountain Home that he met his sweetheart Kliffie. After courting one another, and after Don became best friends and fishing buddies with Kliffie’s dad, they were married. Their marriage blossomed, and led to the births of their three children. Their lives together included crab fishing on the Chesapeake Bay, moving often between DC and California, camping, laughter, hot rods, hard work, and home movies. They were later sealed for all time and eternity to each other and their children in the Boise Idaho Temple.

After retirement, Don and his family followed Kliffie’s father Rol Gholson to Vale, Oregon. Don worked for the Vale School District as the transportation supervisor. After their three children graduated from high school, Don and Kliffie moved to Madras, Oregon. There, he worked as the transportation supervisor for the Jefferson School District. He later retired and he and Kliffie moved back to Vale, Oregon. There, they spent years building a new home and watching their grandchildren grow up and become successful. They loved their family and grandchildren, and were very proud of them. Don always looked forward to visits from his grandchildren, and was always very glad to see them walk through the door.

Don always made sure to quietly take care of those around him, whether they were family, friends, or strangers. He never forgot about those who made an edifying impact on him, and he made sure to pay forward the efforts afforded him to those he encountered in his own life. He continued to serve his community through his church home, speaking at school assemblies about Viking Pride, sharing secrets about fishing and hot rods with his grandchildren, driving farmtruck during harvest season, trips down south during the winter with his wife Kliffie, and advocating on behalf of those with special needs.

Don was a patriot, an Air Man, a husband, a father, a grandfather, a friend, a servant, and a man of God.

To send flowers to the family or plant a tree in memory of Donald Vandeweghe, please visit Tribute Store