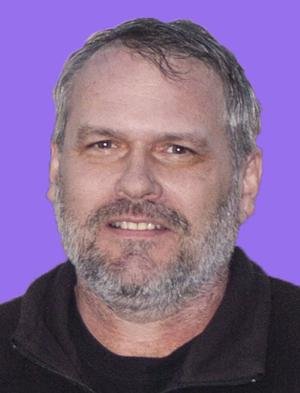 Tracy Martindale, 52, of Vale, Oregon passed away June 14th, 2020 at St. Alphonsus Hospital in Boise, Idaho of a long-term illness due to his pancreas.

Tracy was born August 19, 1967 in Sunnyside, Washington to John and Carol Martindale. He was raised in several places in the state of Washington and Oregon including Camas, Chehalis, Centralia, and Milton Freewater because his father was a union carpenter. Tracy’s family moved to Granger, WA when he was in Jr. High and he graduated from Granger High School in 1986.

Tracy briefly attended Seattle Art Institute and Columbia Basin College. He worked several jobs including a bakery and BiMart. After that Tracy went to work for his father at Martindale Construction for many years until the business folded. Then he worked for Alliance Restoration and other restoration companies in the Tri-Cities, WA.

Tracy met and married Mary Fletcher while attending a Bible study in Richland, WA. They had two wonderful children together. In 2012 the family moved to Vale, Oregon where Tracy taught guitar lessons and worked for the Malheur County Courthouse. In 2016 the Malheur Enterprise did a feature on his guitar lessons calling him the “Guitarman”.

To send flowers to the family or plant a tree in memory of Tracy Martindale, please visit Tribute Store
Saturday
25
July