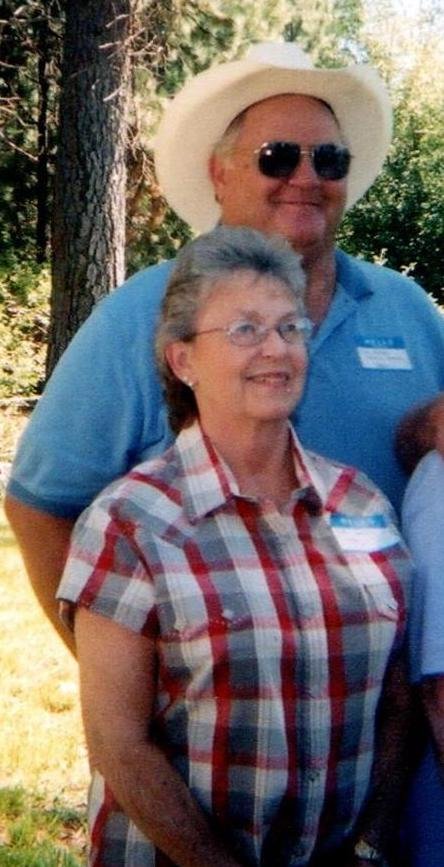 Billie Beth (Clelland) Kesler passed away Sunday, June 28, 2020 of natural causes. Billie is once again reunited with her husband and best friend of 64 years Don, who passed a short 3 weeks earlier.

Billie was born on May 28, 1938 to Andy and Inez (Adamson) Clelland in Goldendale Washington. She spent the first part of her childhood living on military bases while her father Andy was serving in the armed forces.

Following the military stint, Billie and her family spent summers living on Indian Mountain where her father operated the lookout. In her high school days, Billie was active in Band, Glee club and was a Council High Lumberjack cheerleader. This is where she fell head over heels for the love of her life Don. One of Billie's proudest stories was how on her high school graduation night, she gave her valedictorian speech and then walked 2 blocks up town to the Congregational church and she and Don were married. The two moved to Boise immediately following the ceremony where Don was enrolled in Boise Junior College. (Now BSU). They moved to Mountain Home for a brief while, then to Weiser and finally back home to Council where she remained for the rest of her life.

Billie worked in the secretarial/clerical field her entire life. Jobs included Idaho First National Bank, two different law firms, both in Council and finally the Council Community Hospital from which she retired.

Billie's first love was Don, but her second love was horses and riding. Particularly her Arabian horse Smokey. Billie and Smokey covered a million miles around the Council area. Billie once won the presidential award for horseback riding. Billie and Smokey logged 100 hours of riding in 100 days.

Billie loved all children and did anything she could to help them. She was a cub scout den mother for many years. She was a member of the High Country Riders riding club. Billie and Don had an arena at their house and there were very few nights that it wasn't filled with kids, friends and neighbors roping or practicing for some rodeo event or just riding.

Billie loved all outdoor activities. She camped, gardened and enjoyed doing yard work. Her particular favorite was her rose gardens.

A memorial service will be announced and held at a later date.  Arrangements under the direction of Thomason Funeral Home.

To send flowers to the family or plant a tree in memory of Billie Kesler, please visit Tribute Store