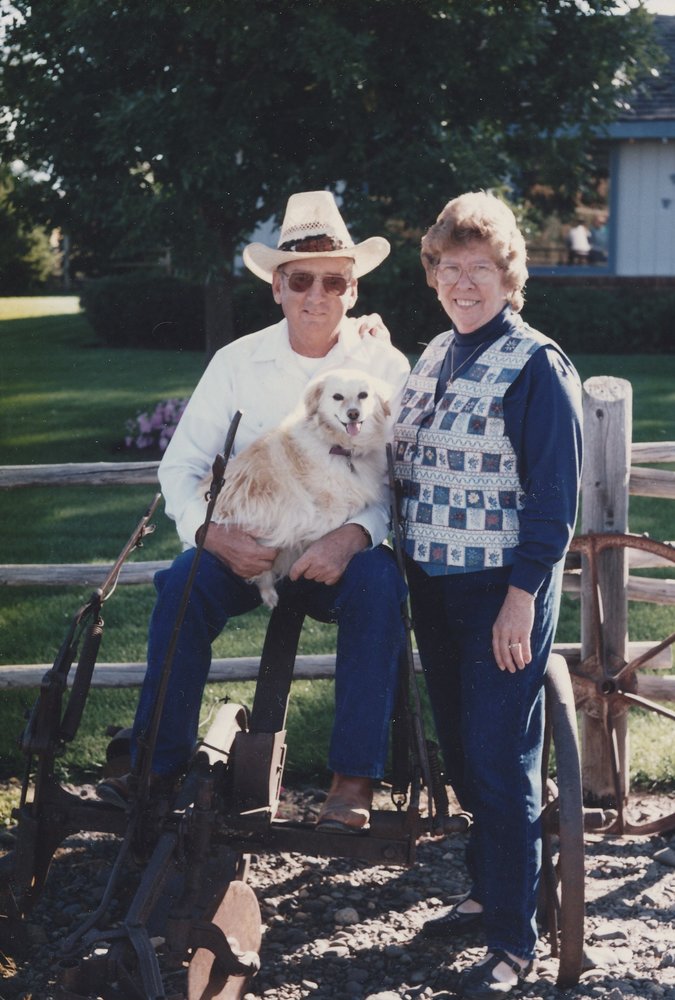 Dean Donald Fairchild, 86, of Midvale passed away June 26, 2020 at his home in Midvale.  Arrangements under the direction of Thomason Funeral Home.  A gravesid

Dean was born the sixth son of Ben and Anna (Watson) Fairchild.  As a young man he logged with his dad and brothers around Midvale and Cambridge, and later worked with his brother, Art, at the  Midvale sawmill.

He married the love of his life and soul mate, Velda Towell, in 1957 after his tour in the U.S. Navy, where he was posted on a small mine sweep.

Dean enjoyed his life long membership of the masonic lodge AF & AM (Salubria).

They settled on a farm where they operated a Grade A dairy and a small number of beef cattle.   Their family grew there as well, to include three children, Deana, Debra, and Duane.  During this time, he also worked as a ‘cat skinner’ with the Army Corps of Engineers.

In the late 1970’s they purchased a cattle ranch in the Brownlee area where they spent many happy days.  Later, as they grew older and wanted to slow down, they relocated back to a farm in Midvale. In addition to farming, they also operated an excavation business with son Duane.

Dean always enjoyed his work but always with Velda at his side for almost 50 years.  They spent a number of years as snowbirds in Yuma, Arizona until Velda’s sudden passing in 2007.  He continued to go south in the winter, accompanied on the trips by daughters (Deana or Debbie). When in Arizona he lived close to his son, Duane, and daughter-in-law Candy, until poor health caused him to live year- round in Midvale.  He always said “I was born here, lived here all my life, and I am going to die here.”  In Midvale, his daughter Debbie and her husband Christ lived with and gladly cared for him until he was ready to go to his heavenly home.

The family wishes to express sincere thanks to Denice and Stephanie from Canyon Home Care & Hospice for their loving care of our dad.  Thank you to his sidekick of many years, Dean Wikoff.  Finally. Kathey Mott who occcasionally stayed with dad during the last seven months.

To send flowers to the family or plant a tree in memory of Dean Fairchild, please visit Tribute Store