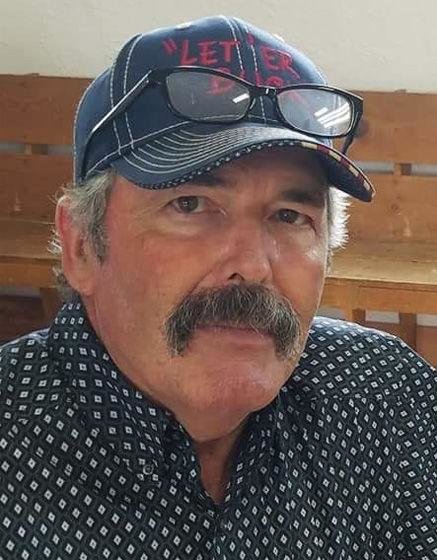 David E. Masterson, 64, of Ontario passed away Friday, June 19th, 2020 at home after a courageous battle with cancer.

Dave was born March 14, 1956 in Ontario, the son of Gib and Shirley (Anthony) Masterson. The family ranched in John Day, Oregon until they moved back to Ontario in 1962. He graduated from Ontario High School in 1974. He then joined the United States Army. He was stationed in Germany during his service. He married Jolene Williams on December 26, 1977 in Reno, Nevada. They had two daughters, Cassie & Ashley.

He was an equipment operator for Americold Logistics for 34 1/2 years. After retirement, he became a brand inspector for the Oregon Department of Agriculture. He loved doing brand inspections and the time he spent with the people and crew.

Dave was an avid outdoorsman! He spent every fall hunting deer and elk. He also took great pride in feeding and finishing cattle. In a conversation with Dave, you could always count on a good joke or a story about his family.

He is survived by his wife of 42 years, Jolene Masterson of Ontario; his daughter Cassie and husband Nate Moore of Hereford; and daughter Ashley and husband Dan Armichardy of John Day; four grandchildren, Macey & Krece Moore, and Halle & Finley Armichardy. He is also survived by his siblings; Al (Marnie) Masterson of Michigan; Julie (Troy) Neddo, Nampa, Idaho; Laurie (Manny) Alvarado, Ontario; numerous nieces & nephews; and close friends. Dave was preceded in death by his parents and grandparents.

Services will be held Tuesday, July 7th at 1 pm at the Evergreen Cemetery with an open house to follow at his home. The family would like to thank St. Alphonsus Ontario Cancer Care Center and Heart ‘n Home Hospice for their care.

To send flowers to the family or plant a tree in memory of David Masterson, please visit Tribute Store