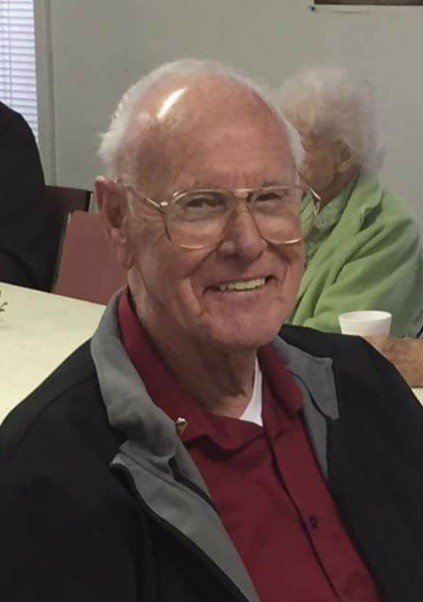 Delbert was born May 25, 1929 to Cecil and Irene (Pollock) Buell in Klamath Falls, Oregon.  He grew up on a farm near Tulelake, CA, where he graduated high school.  This was also where he met Leona Hilton. They were married November 1, 1947.  They had two children, James and Judy while in Tulelake.  Delbert and Leona moved the family to Idaho for a job opportunity, and later to Halfway, Oregon where they had another daughter, LaRie.  They moved to Garfield, Washington and then in 1986, to their longtime home in Brookings, Oregon where they both retired.  Leona passed away in August 2006 and Delbert was heartbroken.  He was introduced to Joann Inman through mutual friends, found love again and the couple was married in July 2007.  Delbert and Joann moved to Klamath Falls in 2016 to be nearer family, and then to Yachats, Oregon in 2018 when Joann became ill.  Joann passed in November 2018.  The family helped Delbert move to eastern Oregon in February 2019 so he could be nearer his granddaughter, Julie Ann and daughter Judy. He resided at Dorian Place until his passing, just 3 days after his 91st birthday.

He is survived by his daughter Judy (Dan), daughter LaRie, grandchildren Julie Ann, Nathan, Joseph, James, Michael, 12 great-grandchildren, and numerous nieces and nephews.  He was preceded in death by Leona, his wife of 58 years, Joann, his wife of 12 years, as well as his son Jim, and grandson Aaron, brother Alvin and three sisters, Murlene, Maxine, and Shirley.

All who knew Delbert loved him. He will be greatly missed, but we know that he is resting comfortably in the arms of the Lord.

To send flowers to the family or plant a tree in memory of Delbert Buell, please visit Tribute Store
Friday
12
June

Share Your Memory of
Delbert
Upload Your Memory View All Memories
Be the first to upload a memory!
Share A Memory
Send Flowers