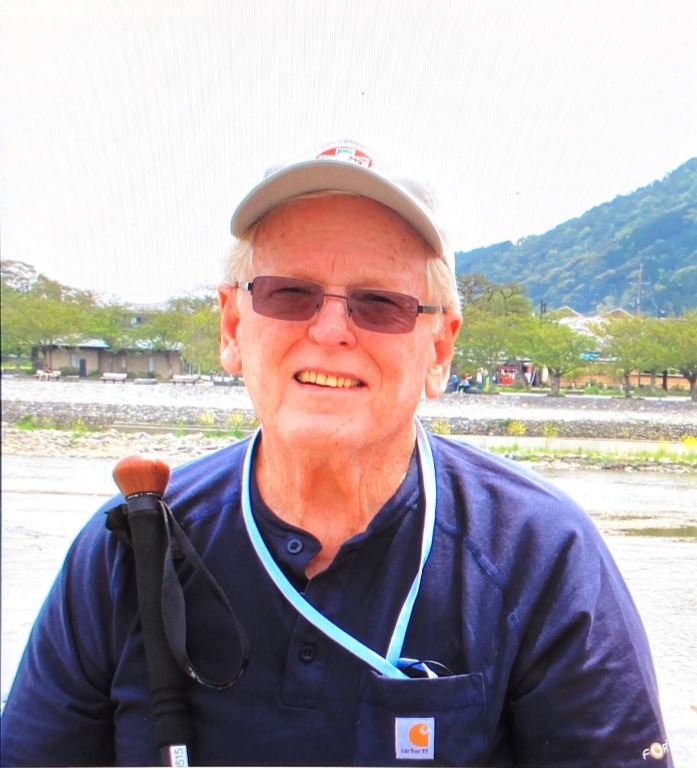 Gordon “Dale” Luther passed away May 31, 2020 in Boise, Idaho.  He was born September 5, 1948 in Fairfield, Ohio when his father was stationed at Wright-Patterson Air Force Base. After his father was sent to Germany for the Berlin Air Lift, his family moved to California, living with relatives until purchasing a home in El Monte, CA where he spent his early years. Later years were spent in Lompoc, Newport Beach, Laguna Beach, and Bishop, California, graduating from Bishop High School in 1966. After high school, he attended Antelope Valley Junior College.

Dale joined the Navy two days before his draft number was called.  He was an aviation machinist mate on a DC6/C118B, serving in Hawaii and Alameda, CA with flights into Guam,  the Philippines, and Vietnam.  Dale didn’t like water and proudly claimed that he never set foot on a ship, even though he was in the Navy.

After release from active duty, Dale moved to Ontario, OR where he worked in various jobs including construction for Clough & Odell, flagging for Farmers Supply Co-op and doing field work for Murata Farms. The construction and ag skills learned on these jobs  were useful throughout his life.

His greatest feat was meeting and wooing Jane Clark. They were married November 30, 1974 in Vale, Oregon and resided in Bishop, until March of 1976 when Dale and his brother, Trent, joined together to begin Precision Auto Machine, in Ontario, OR. Dale was a Master Machinist, using his experience from the Navy and honing his skills over the next 42 years.  He was renown for his quality work.

Skiing was another important part of Dale’s life.  He was a member of the National Ski Patrol for 44 years at Brundage Mountain out of McCall, Idaho.  He served as Patrol Representative for the Payette Lakes Ski Patrol, Southern Idaho Regional Director, the Southern Idaho Regional Co-Awards Chair for 14 years, and assisted in regional training.  He was considered a mentor by many of the newer patrollers. Dale was famous for his “bed pan awards” given to fellow Payette Lakes Ski patrollers at their end of year banquets.  His ski patrol family was very important to Dale.

Dale and Jane also had a traveling family: groups of friends and family members he and Jane joined over the years, traveling to many sites throughout the world. Dale enjoyed expanding his horizons, however his traveling companions were the highlight for him.

To send flowers to the family or plant a tree in memory of Gordon Luther, please visit Tribute Store