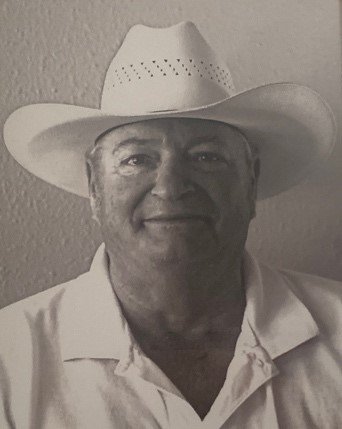 Roy Sherman "Sonny" Long, 72, of Council passed away May 19, 2020 in Council  surrounded by loved ones and his longtime companion, Karen Poulson.

Sonny was born August 11th 1947 in Hillsboro, Oregon to Roy and Joddie Long. When he was a young boy his family moved to Vale Oregon where Sonny was raised.

At the age of 18 he enlisted in the United States Air Force where he served his country honorably.  Shortly after he was discharged, he married and started a family.

Sonny worked many years as a ranch hand, horse trainer and farrier.  His work with horses was widely known and admired by all.  In 2000 he moved to Council, Idaho where he lived and continued to train horses and did wonderful leatherwork.  After his health failed in 2006, he was forced to give up horse training, but continued his leather work for many years.

Sonny was a man of many skills and had an endless supply of stories and jokes.  He worked in many areas of Oregon and Idaho and made friends wherever he went. He and Karen traveled the west and had many adventures with friends and family for over 20 years.

He is preceded in death by his parents, his wife Nancy and infant daughter and later a baby son and a grandson.

He is survived by his longtime companion Karen Poulson of Council, Idaho.  Son Edward (Misty) of Deary, Idaho.  His son Matt of Caldwell, Idaho.  His daughter Andrea of Tualatin, OR. His sister Donna Gilpatrick, and niece and nephew of Tuscon, AZ. Marcia (David) of Portland, OR. Terry (Ron) of Council, Idaho and numerous grandchildren.

To send flowers to the family or plant a tree in memory of Roy Long, please visit Tribute Store