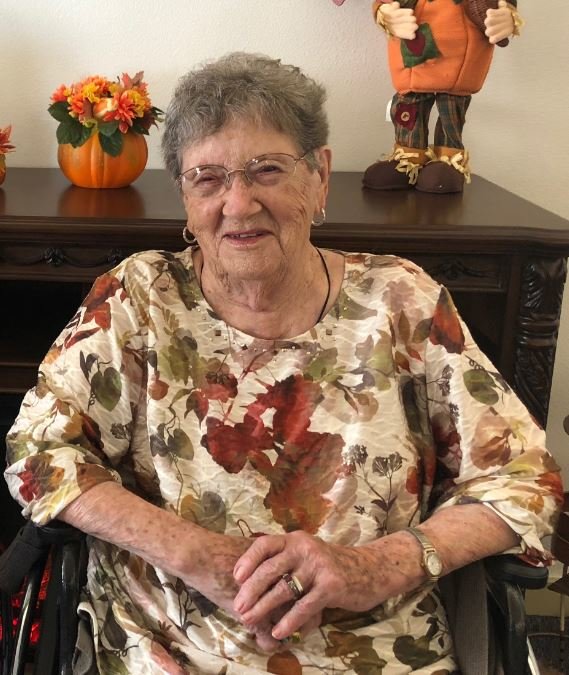 Clara Rosetta (Wooden) Glascock, 98, of Nyssa, died May 4, 2020. Clara and her identical twin sister, Carrie, were born near Council, ID on November 9, 1921 as numbers 10 & 11 of 12 children to Ben and Mary (Pebbles) Wooden. She worked in the Mesa Orchard before marrying Harold Glascock from Weiser, Idaho on November 2, 1938. They were married 67 years. In 1945, Harold and Clara moved to Nyssa, OR where Harold began working for John Stringer Sr. During his tenure with John Stringer Sr., Harold and Clara would spend their summers on Stringer ranches in Kilgore, ID (20 years) and McCall, ID (20 years).

As a Nyssa school bus driver for many years, Clara enjoyed seeing the kids every day. (She was a favorite with all the students, regardless of their ages.)  She was also an excellent seamstress and cook; she loved cheating and not getting caught when playing cards with friends and especially grandkids. They all still laugh about that.

The twins had requested, before their passing, that their services be held together. A celebration of life will be held at a later date.

The family and friends wish to thank the staff at Nyssa Gardens and Encompass for all the care and compassion they gave to Clara and Carrie.

To send flowers to the family or plant a tree in memory of Clara Glascock, please visit Tribute Store