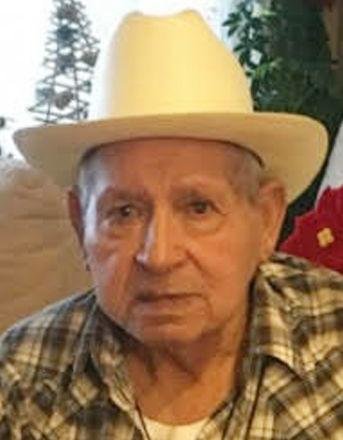 Prudencio was born April 27, 1927 in San Antonio, Texas to Isidro Escobedo and Inez Garza. The family traveled as immigrant farm workers between Texas, Washington, Idaho, and Oregon. On January 20, 1950, he married the love of his life Susana Zuniga with whom they have seven children. He was an agriculture labor contractor in the Nyssa, Vale and Ontario area where he worked for and with most of the local farmers. He was a very hard worker and his biggest joy was his family, he enjoyed going to the sporting events for his kids and grandkids and going hunting and fishing.

Due to the COVID-19 VIRUS a vigil mass will be held at a later date. The funeral home does not have the virtual viewing service available.

Graveside service and funeral home viewing for immediate family only, will be held on Monday, April 27, 2020, under the direction of Lienkaemper Funeral Chapel, Ontario.

To send flowers to the family or plant a tree in memory of Prudencio Escobedo, please visit Tribute Store