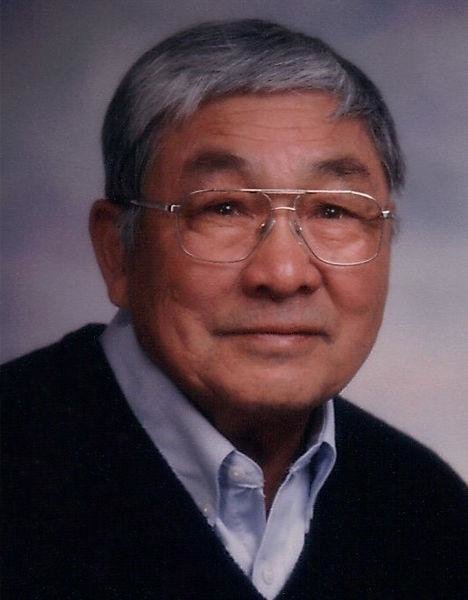 Harry (Beb) Shimojima, 96, passed away peacefully April 20, 2020, in Ontario, Oregon. Harry was born in Pacific City, Washington on March 28, 1924 as the fifth of six children to Hirosuke and Sayo Shimojima.

Harry was raised on the family vegetable farm and graduated from Auburn High School in 1942. Following the outbreak of WWII, the family was sent to the Pinedale Assembly Center in 1942 before being relocated to the Tule Lake Internment Camp, later transferring to the Heart Mountain Relocation Camp in Wyoming. After the war, much of the family resettled in Ontario, Oregon, and shortly thereafter Harry left for Chicago for two years to attend a machinist school. After graduating as a Master Machinist, Harry returned to Ontario to work in the family truck repair business at Cairo Junction. Harry worked at Connie’s Service for the next 60 years, taking over the day to day operations in the mid 1980’s until his eventual retirement in 2007. “The Shop” played a major role in Harry’s life and for his children and grandchildren as they either spent their teen years learning how to repair drivelines or went to visit Grandpa and get a welding lesson.

In the 1950’s, he and his brother Joe began racing jalopies on the dirt tracks in Ontario and Meridian. Harry built and drove the first Pink Lady in partnership with his brother Connie and Art Sugai until the early 1960’s.

In 1957 Harry met and married Mary Figart, a young nurse at the Holy Rosary Hospital (now St. Alphonsus) in Ontario. Through the years he and Mary stayed busy with their careers and raising four boys. After retiring from racing, Harry took up the much safer sport of golfing and worked to perfect his swing for many years until he and Mary became avid fishermen. Their weekend day trips throughout Malheur County and western Idaho provided many great memories for the couple. They celebrated their 57th anniversary before Mary’s death in 2014.

Harry was always on the move, and even after retirement continued to use his machining and welding skills to solve any household problem that came up, as long as he could use steel. He was known as a kind and easy-going person with a good sense of humor. He loved watching his grandkids’ antics when they came to visit and his habit of assigning nicknames is warmly remembered by his extended family of nieces and nephews.

Harry is survived by his sons, Robert (Kathy), Ken (Charlotte), Daniel, and Andy (Janet), and grandchildren Leslie, Nick, Megan, Mackenzie, Ryan, Amelia, Gavin and Alexis. He was preceded in death by his wife Mary and five siblings (Dixie, Maxie, Connie, Sauce, and Joe).

Due to social distancing restrictions, a private graveside service has already been held.

To send flowers to the family or plant a tree in memory of Harry Shimojima, please visit Tribute Store