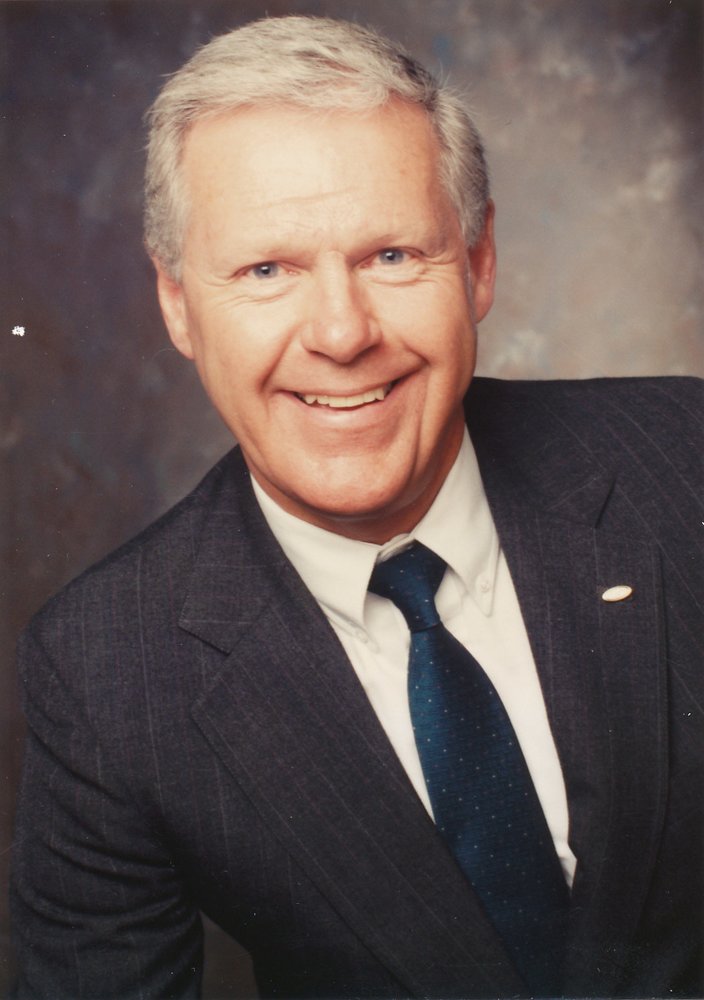 John T. “Jack” Perry of Weiser, Idaho passed away Wednesday, April 15, 2020 at Weiser Memorial Hospital.  He was born July 9, 1939 in Boise, Idaho to John T. and Frankie (Ansotegui) Perry.  Jack grew up in the Boise area with many friends and many interests.  He participated in the Boise Basque Community, and spent time hunting and fishing with family and friends.  Jack attended Boise Junior College and served in the United States Army Reserves.  Jack married Lucy Marshall on April 22, 1961.  He began his insurance career as a claims adjuster with General Adjustment Bureau starting in Reno, Nevada and later transferring to Roseburg, Oregon, Bend, Oregon and Pocatello, Idaho.  While living and working in Pocatello, he purchased Insurance Services, Inc., an independent insurance agency.  Jack and Lucy have two sons, Dirk and Greg.  The family spent time together and with friends snow skiing, water skiing, hunting, fishing, and participating in the community.  After their sons moved from home, Jack and Lucy sold the agency.  They traveled and worked in Portland, Oregon, Fort Collins, Colorado, and Reno, Nevada.  In 1997, he was asked to join University Affiliates Medical Group in Los Angeles, California as Vice-President of Marketing.  He held that position until his retirement in 2003.  Jack and Lucy’s “semi retirement” started in Salt Lake City, Utah with Jack working for Deer Valley Ski Resort and, together with Lucy, took advantage of the great skiing.  In 2014, they left the working world behind and purchased a farm in Weiser, Idaho and enjoyed living the country life.  Jack was diagnosed with cancer in early 2020 and began chemotherapy treatment on March 26th.  Though he fought to stay with his family, his battle was lost April 15, 2020.  Jack is survived by his wife and best friend Lucy, sons Dirk and Greg (Kristin), grandson Sam (Erika), granddaughter Sophia, brother Gene, and many friends and family.   Jack was laid to rest at Dry Creek Cemetery in Boise, Idaho on April 23, 2020 surrounded by his family.  Rest in Peace Jack Perry.  We love you and you will be forever in our hearts.  Remembrances may be made in Jack’s name to St Agnes Catholic Church in Weiser, Idaho or to the Tunnels to Towers Foundation.  Arrangements under the direction of Thomason Funeral Home.

To send flowers to the family or plant a tree in memory of John Perry, please visit Tribute Store