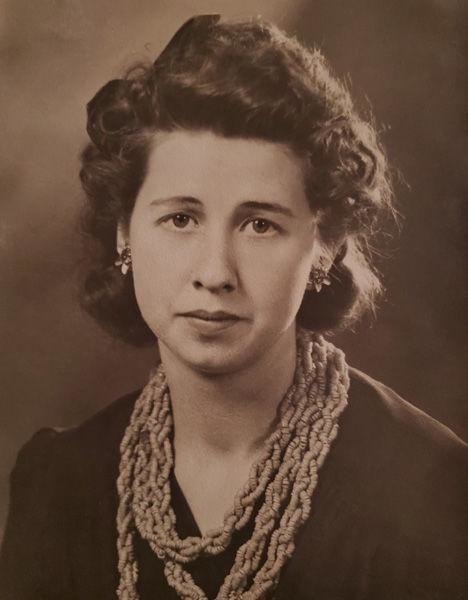 Alverna Mae Hylton passed peacefully from this life in the early hours of February 17, 2020, at her daughter’s home in New Plymouth, Idaho. She was 92. Alverna was born on January 11, 1928, in Fruitvale, Idaho, to James R. and Eunice E. Finn. She was the oldest of four children. Her father worked for the U.S. Forest Service when she was a girl and she grew up appreciating the mountains, forests, rivers, and wild places of her native state. In the later years of the Great Depression, in 1940, her father, who went by the name of Ralph, worked as a camp cook for the crews building roads in the woodlands of Idaho, and Alverna, at twelve years of age, often accompanied him as his helper. Her father, Ralph, was an intrepid explorer and when Alverna was fifteen, she and he climbed to the peak of the He Devil Mountain in the Seven Devils region of Idaho.

In 1948, she met a young man named Clifton L. Hylton, who went by his middle name of Lee. On October 17 of that year, they married. In 1953, they became Christians and shortly afterward felt the call of the ministry. For the next half-century, they labored in the cause of Christ as pastors and evangelists, pastoring several churches in the Southwest Idaho region, and serving as evangelists in several states, from Idaho to Arizona to Illinois and all around the western part of the country. Alverna played piano, organ and accordion, and she and Lee sang together, blending their voices in praise, often performing gospel songs they had written together. Her beloved husband Lee preceded her in death, going to his eternal reward on May 30, 2017. While laboring with her husband in the cause of the gospel of Jesus Christ, Alverna also gave birth to and raised five children, teaching them about their Heavenly Father and taking them camping and hiking among the wildlands of Idaho.