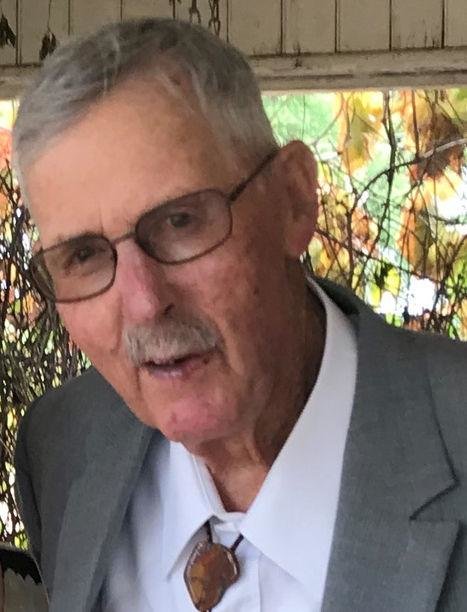 Dean Manley Jessup was born on November 2nd, 1927 to Harley and Mary Jessup in Lindsay California. Dean joined Harold, Gwen, Asa William “Doob”, John, Robert, Janet, Fred, and Craig, making him the seventh son of a seventh son. The family was completed with the birth of Helen Kay.

Dean grew up during the Depression and World War II, in which all but Harold and Dean served. (Robert was tragically killed ferrying planes east to west.)

Meanwhile Dean roamed the hills around Lindsay hunting and fishing, usually during school hours. And in spite of his school attendance managed to graduate and go on to play football for two years at Fresno State.

Following the war Dean and his brother Craig moved to Vale Oregon to farm. It was while attending church at the Ontario First Baptist Church that he was introduced to a young woman, Ethel Pew. He knew right away that Ethel was the one for him. (And her small nose was the one for his future children.) After taking Ethel to meet his family in California, they decided that there was no point in waiting, so they stopped in Las Vegas to be married at the Hitching Post Chapel, on December 27, 1951.

It was in Vale that they had their first four children: Jeanne, Driggs, Curt, and Jill. Between Thanksgiving and Christmas of 1961 the family moved to Midvale Idaho. It is here that Janalee and Jody were born. And this is where Dean would spend the rest of his life. Farming and ranching, milking cows and growing children and grand-children. Dean was a man of faith. His life verse was Psalm 37:5 “Commit thy way unto the Lord; trust also in Him; and He shall bring it to pass.” This played out in his life as he supported the young Malheur Butte Church and was involved in the Cambridge Bible Church since its early days. Dean loved to share his faith and would ask “Do you know the Lord Jesus Christ?” with all and sundry. Just ask any telemarketer who called the house.

The Jessup household was open and welcoming to so many. The boys who would spend the summers working on hay crews, missionaries from around the world, friends, the children’s friends, and children and grandchildren. The table stretched to accommodate. There was a lot of laughter from shared stories and jokes told at the table. Where Dean would finish his supper with, “Thanks Mum, good supper.” To which Ethel would respond, “Thank you for being a good provider.”

Dean was a gentle loving man who enjoyed simple things... Ice cold milk with a meal. Making root beer, hard cider, and homemade ice cream. Playing washers and his skill for catching the ball in the cup. His motorcycle. Pie. Blowing cigar smoke rings. Baking bread. Silly songs and jokes. He could be fierce too. Every child in the family knew that when they heard the words, “Jump Lump” that they needed to get out of his chair. And there is a generation of referees that still have the scars for making a bad call.

But mostly Dean loved his family, for whom he prayed daily.

Donations can be made to Hope Pregnancy Center, Ontario Oregon.  Arrangements under the direction of Thomason Funeral Home.

To send flowers to the family or plant a tree in memory of Dean Jessup, please visit Tribute Store