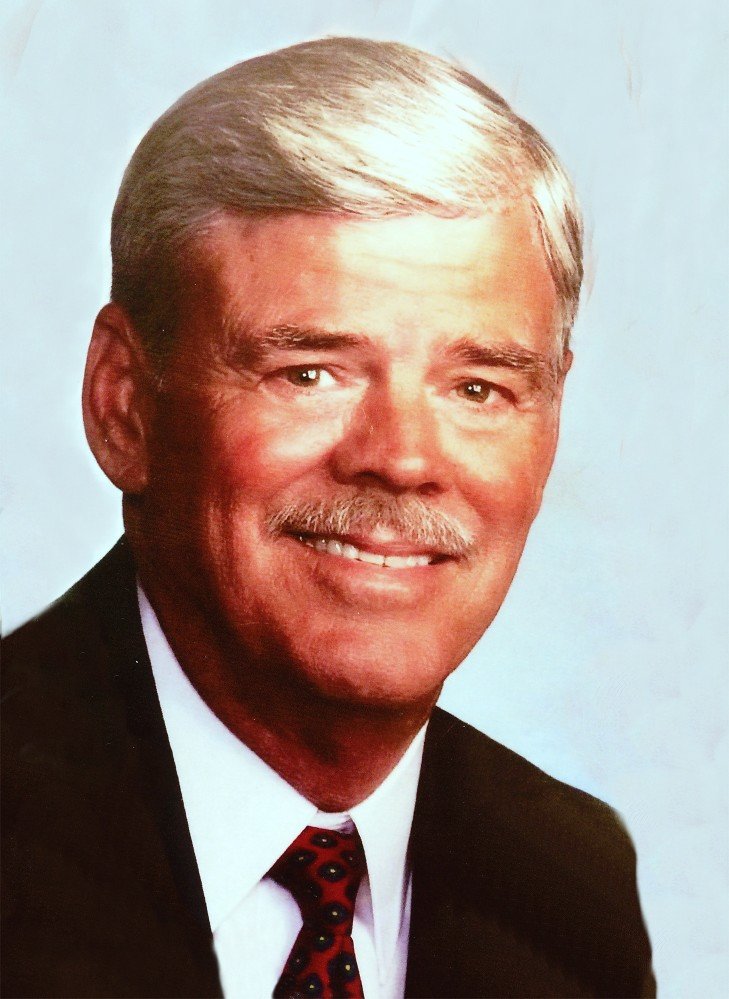 Don grew up in Huntington, Oregon and graduated from Saint Frances Academy in Baker, Oregon. He finished his education with a masters in Business Administration.

He served his country in Vietnam with the First Calvary Division. Upon returning he married his wife, Monica, and had three children, Michelle, Tricia and Jason. The family moved to Ontario in 1978 and he became involved in the community. He managed the Merc and was honored by receiving Merchant of the year. But may be better remembered for his contribution to the Blue team during the Centennial celebration, being the mall free throw champion and his mad Ms. PacMan skills. When he wasn’t at the store you could find him working the concession stands at Ontario High School football games, whipping up cotton candy at the fair, serving beer at a fish fry or putting flags out around town.

In 1985 he started as a Vice President with Holy Rosary Medical Center where he enjoyed recruiting physicians and telling them all the great things about the community. His BBQ skills were demonstrated at the hospital picnics and everyone knew that for him “it just doesn’t get any better than this”. He left the hospital in 1998 but continued to serve on the board from 2011-2017.

2002 brought new adventures as a financial advisor with Edward Jones. During this time he received awards from the company and the community but his greatest reward came from investing in relationships with his clients and improving their financial situation.

He found camaraderie on the golf course playing in leagues and tournaments, spending weekend mornings with Monica, trying new coastal courses with Jason or driving the cart with Ryan. In woodworking he found fellowship and a way to use his creativity.

His family will remember him as a hero. The one that would tell the truth that was hard to hear and be there to pick you up when you were down; he spoke softly but had such great insight. He lived life to the fullest with integrity, positivity and selflessness. To say he will be missed is an understatement.

A Memorial Mass will take place at Blessed Sacrament Church in Ontario, Oregon on Monday, January 20 at 11:00 am.

To send flowers to the family or plant a tree in memory of Doni "Don" Roumagoux, please visit Tribute Store
Monday
20
January