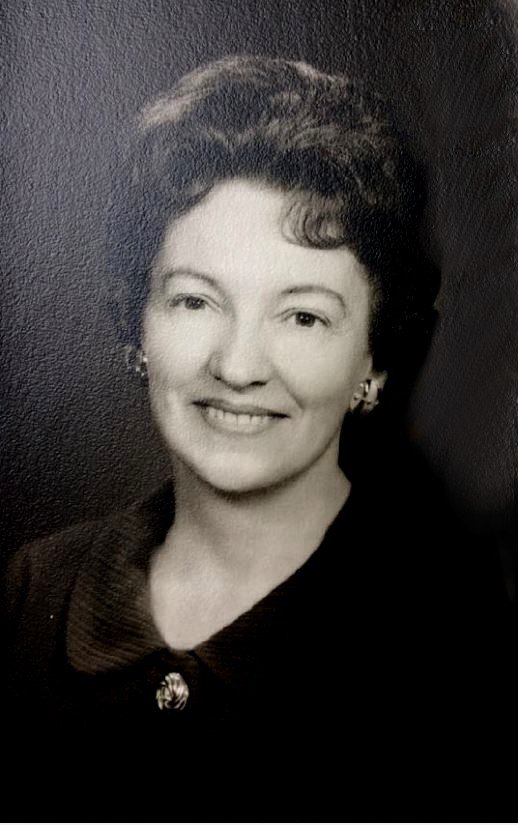 Violet LaVelle “Vi” Nelson Fields, 101, passed away at Vale Oregon on January 4 from causes incident to age just two days before her 102nd birthday and 33 months after her husband Charlie passed away at age 102. She was born January 6, 1918 in Ontario, Oregon to Ephraim Bartell Nelson and Violet Wood Nelson. Vi was the only daughter and youngest of 5 children, Lorraine, Lance who died at 8 months of age, Elwood, and Norvell. She received all of her schooling in Vale graduating from Vale High School in 1935 where she was class president all 4 years and valedictorian her senior year. She enjoyed singing in the Glee Club and became an avid reader and completed many crossword puzzles which lasted throughout her life. The Nelson house was busy with her fathers bee keeping and honey business and his musical talents as he played the clarinet and violin in several bands. She had several close girlfriends one of whom introduced her in 1935 to Charles Warren “Charlie” Fields. They dated, fell in love, and were married August 17, 1935 in Boise, Idaho. Their first son Charles Wesley was born July 4, 1936 and their second son David Allen was born January 29, 1948. She and Charlie lived in various places with his employment as an equipment operator and mechanic where she did her best to make a home under sometimes primitive circumstances. After living at Mormon Basin north of Vale, Boise, Anderson Ranch Dam east of Mt. Home, and a short time at Valley Junction, Oregon, they came back to Vale where they have since resided. They lived on Charlie’s parents farm on Graham Boulevard where they built a home and a repair shop and then in Vale where he had a repair shop at their home. In 1944 Charlie’s brother Arlie’s wife Sally died and he asked them to take his 9 month old daughter Sandra Ann into their home where she stayed until Arlie married Kathryn Barclay in 1948. It was very difficult for Vi when SanDee left to live with them but she knew it was the right thing to do. In 1947 Charlie and his friend George Troy built Service Center, a general repair shop on A St. in Vale where Vi was the bookkeeper and counter person until the business sold in 1957. At this time Charlie started a career with the Bureau of Land management where he stayed until retirement in 1979. In 1962 they built a home on Alder Road west of Vale where they enjoyed a beautiful view of the valley and loved to entertain family and friends with festive meals and barbecues. In 1964 Vi went to work for the Malheur Enterprise newspaper assembling pages where she was very good at catching spelling and grammatical errors before the paper went to press. ln 1965 she moved to the Argus Observer staying until retirement in l98l. In 1966 Vi kept the home fires burning when Charlie accepted an opportunity to spend 3 months in Nigeria with the International AID program. It was a great experience but they were sure glad when that 3 months was over. Vi volunteered with many organizations and was a long time member of the Vale Women’s Club where she served in various offices and was proud of the fact that the Women’s Club was instrumental in getting the Vale Swimming Pool built. She spent many hours in the little glass room atop the Vale City Hall as a volunteer for the US Air Force Ground Observer Corps during the cold war in the 1950’s She was a lifelong member of the LDS Church and enjoyed her association with the members of her Vale Ward.

She enjoyed music and played an organ in her home. Vi endured many physical difficulties in her life and had numerous surgeries. She put over 30,000 miles on a stationary bicycle. She was an excellent seamstress and once made a beautiful quilt from old neckties. She loved canning and baking and always had treats for visitors. Vi and Charlie enjoyed camping, fishing, and traveling and spent many weekends with their travel trailer on rivers and lakes in Eastern Oregon with friends. They also traveled with friends to Europe, Canada, Mexico, Hawaii, Alaska, and across the U.S. They took several annual salmon fishing trips to Whidbey Island, Washington with David and Audrey. They enjoyed many trips to the Oregon Coast and Eastern Idaho to visit their sons and their families. Charlie enjoyed helping the boys with many projects at their homes while Vi enjoyed visiting with daughters-in-law and granddaughters doing cooking, sewing, and crafts. They enjoyed raising their boys and encouraged them to be successful in their careers, good citizens, husbands, and fathers. In March of 2012 Vi and Charlie took up residence at Maria Osuna’s Adult Foster Care facility in Vale. Since Charlie Passed away in March of 2017 Vi continued to live there until her passing. They and their family are very grateful for Maria’s tender loving care.