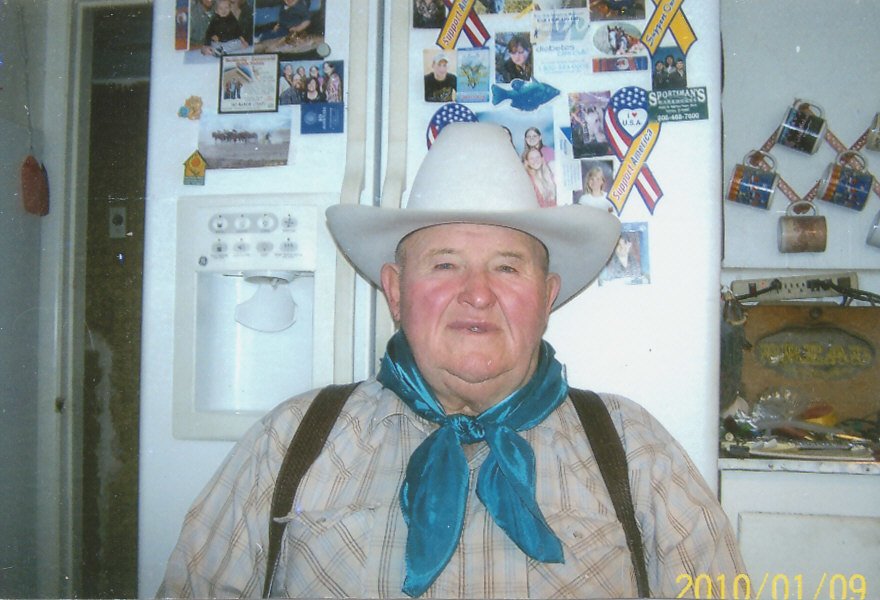 Dwight (Chip) Marshall Lockett  86 of Weiser, Idaho passed away Saturday, December 21st, 2019 in a local Nursing Home. Chip was born November 29th, 1933 on Dead Ox Flats at his grandmothers residence near Ontario, Oregon. Chip was the only son of Dwight and Gladys Lockett. He was raised in Huntington, Oregon. Chip married Leila Tarvin June 6th, 1956 just out of high school, and together they raised three children. Chip and Leila worked his father’s ranch until 1968. Then they packed up and moved to Seward, Alaska. After a couple years they moved back to Huntington, Oregon where they owned and operated a registered quarter horse ranch for about 47 years. Chip worked for Ashgrove Cement Co. for 23 years. He retired in 1995 and he spent his golden years pursuing his passion for raising horses and spending time with his extended family. He is survived by his lovely wife Leila of 64 years. A son, Dwight Lynn and his wife Peggy Lockett of Ontario, Oregon. A daughter Darla and husband Bill Broam of Payette, Idaho. A son Leonard Tad and his wife Becky Lockett of Weiser, Idaho. Grandchildern – Scott and his wife Carrisa Lockett, Sandy and her husband Danny Roe, Tyla and her husband Matthew Barba, Tia and her husband Joshua Mitchell, Toria Broam, Tonya Broam, Jesse Lockett and Danica Lockett. Great Grandchildren – Jacob and Jeffery Lockett, Degan Schloemann, Cooper Roe, Kennedy Roe, Kolsie Roe and Mikala Roe. Roger Mitchell, Zayden Broam-Mitchell Donovan Broam and Mason Sasser. Numerous nieces and nephews. Chip was preceded in death by his parents and sisters Maxine Winebargerand Shirley Elliott. Services will be held Friday December 27th, 2019 at 2pm at Lienkaemper-Thomason funeral chapel, Weiser Idaho. Condolences can be made to the family at www.lienkaemper-thomason.com

To send flowers to the family or plant a tree in memory of Dwight Lockett, please visit Tribute Store