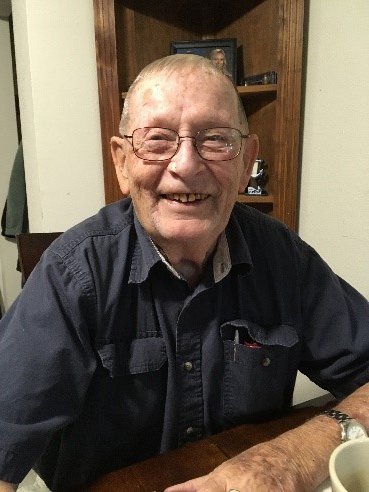 Clayton was born October 20, 1936 in Saskatoon, Sask., Canada.  He graduated from St. Louis College and then Union Hospital in 1958 where he learned to be a lab technician.  He married the love of his life, Lorraine (Sinclair) McAvoy, August 16, 1958.  Soon after, they moved to Ontario, Oregon.  They were blessed with five beautiful sons, two of which passed shortly after their births.  Clayton worked at Holy Rosary Medical Center, starting as a lab technician and worked his way up to Head of Human Resources before he retired in 1998.  He was very active in the community, being a member on almost every board you can think of even after retirement and helped form the Ontario Optimist Football program.  He was a very active man who enjoyed his annual trips to Yuma until six years ago when he decided to sell his property, he also enjoyed his annual birthday trips with his sons to the Oregon Coast.  He was an active participant in his children’s lives when work would allow, and thoroughly enjoyed watching his grandchildren and great-grandchildren in whatever endeavor they were on.  You could always catch him on the sidelines of soccer or football games, sitting in the stands at a 4-H horse show event, watching a band recital, or in the stands at a wrestling match.  One of his most favorite things to do was to join his kids and extended family at Mackey’s every Friday afternoon for lunch where you could always hear the debate on who’s turn it was to buy.  Grandpa always made whomever he met immediately feel like they were a part of the family.  He rarely went by his name, Clayton, it was always “Dad” or “Grandpa”.  In his youth, grandpa played hockey, played the trumpet in the school band, boxed, played guitar, and worked.  He loved to fish in his earlier years and play the guitar.  You could always catch him either arguing with his phone or the television while he watched Fox News, he said he watched those shows because it kept his blood pressure up where it needed to be.  He always stressed the importance of working for what you want and to never expect it to be handed to you.  He also stressed education and to study hard because you’ll never get the opportunity again.  He was extremely smart and was sharp as a tack to the very end. He will be missed beyond words.  His hugs were filled with love, his smile was more often than not mischievous but could warm the coldest of hearts, his laugh was infectious, and his words are to be remembered and lived by.

He is preceded in death by his wife, Lorraine M. McAvoy, his parents Blanche and Albert Clarke, his two infant sons Blaine and Wayne, and a great-grandson, Noah.

As per grandpas wishes there will be no services.  The family would like to say thank you to all who have reached out with condolences.  Grandpa was a very important person to all who met him, and the world will never be the same without him.

To send flowers to the family or plant a tree in memory of Clayton McAvoy, please visit Tribute Store