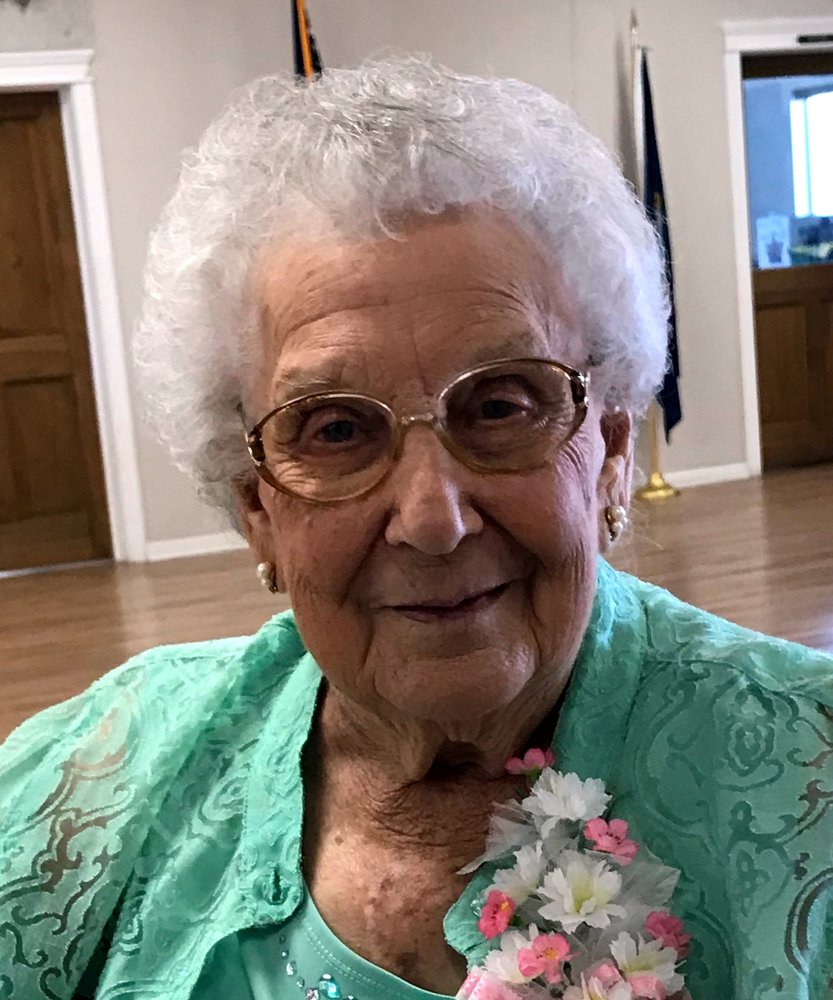 Mary Panike Dille, 101, passed away peacefully, surrounded by family on November 27, 2019. Mary was born April 24, 1918 in the Mann Creek area north of Weiser, ID to John Robert Panike, Sr. & Nellie J. Sipe Panike. She later moved with her parents to the Oregon Slope, just south of Weiser. Mary attended all 8 grades at Annex Grade School on the Oregon Side. She graduated from Ontario High School in 1937. It was while Mary was attending high school that she met and fell in love with Kermit Dille. They were married on March 1, 1939 and were together 66 years before Kermit’s passing in 2006. Mary lived in her home just shy of her 100th birthday before moving into Indianhead Estates in Weiser. Mary was a member of the Weiser Christian Church. She was a devoted homemaker. She enjoyed growing fruits and vegetables in her large garden and canning in the fall. She also meticulously maintained the flower beds around her house. She always made sure to have enough Bleeding Hearts to be able to donate starts to the Wesier Senior Center plant sale. In her younger years, Mary and Kermit enjoyed traveling with her cousin Gertrude and her husband Claire. She was an avid reader and embroidered a countless number of pillow cases. Mary loved and enjoyed her children, grand children, great grandchildren and great-great grandchild. She was preceded in death by her husband Kermit; son, Tony; parents, John and Nellie Panike; sister Helen Turner; brothers, Lester Panike, William “Bud” Panike, and John Panike. Mary is survived by her children, Shirley (Dean) Williamson, Weiser; Christy (Mike) Stender, Weiser; Daughter-in-law Penny Dille, Mead, CO. Grandchildren, Shane (Rachel) Williamson, Brian (Dahlia) Stender, Scott (Sarah) Dille, Shannon (Rory) Kelly, Traci (Ted) Haley and Jeff (Josey) Stender, 15 great-grandchildren and 1 great-great grandchild. Viewing will be from 1:00 p.m. to 2 p.m., Friday, December 6, 2019 with funeral service to follow at 2:00 p.m. at Thomason Funeral Home, 211 E Court St, Weiser, ID. Donations may be made in Mary’s honor to the American Cancer Society, Weiser Senior Community Center or your favorite charity. The family would like to extend a heartfelt thank you to the staff of Indianhead Estates for their loving care of our mom. Arrangements and Services by Thomason Funeral Home.

To send flowers to the family or plant a tree in memory of Mary Dille, please visit Tribute Store
Friday
6
December