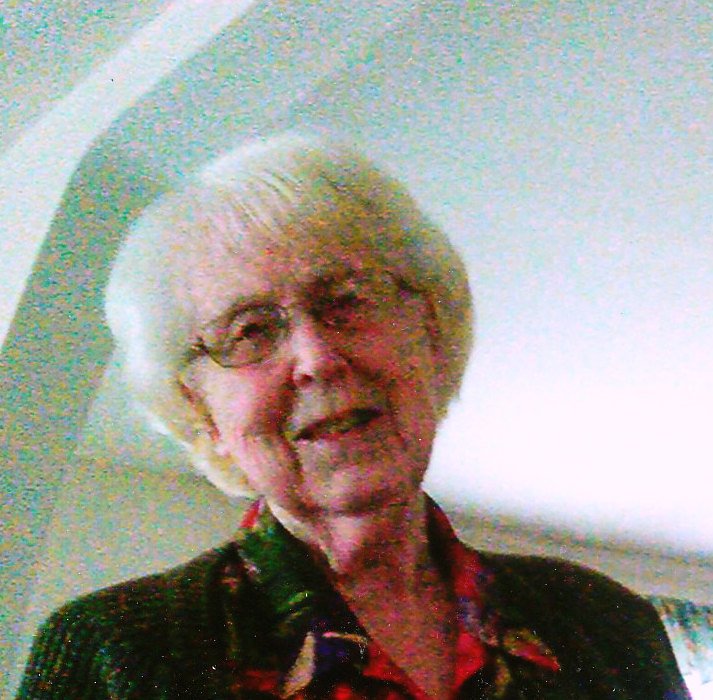 Joan Lucille Crummitt was born March 30, 1936 in West Seattle, Washington.  She was the daughter of Ross and Ruth Nelson.  She is survived by a brother Jim Nelson.  Joan had a life surrounded by a loving family.  Joan and her brother Jim were raised by her grandmother Sarah Nelson, Uncle George, Aunt Helen, Aunt Mary and Uncle John of Lake Wenatchee, Washington.  Her father Ross Nelson worked as the Superintendent over the state parks in Washington.  She and her brother were loved.

Joan was a very intelligent lady.  She was moved up a grade in school and graduated at 16 years of age.  She went to college in Washington and met Alfred in 1955 who was serving in the air force.  They became close and married October 19, 1956.  She and Alfred have five children. Keith Crummitt of Palmer Alaska, Donna Blackburn of Fairbanks, Alaska, Roger Crummitt of Riverdale, Idaho, Sally Killiher of Riverton, Wyoming and Janet Riddles of Danbury, Connecticut.

Joan was a spiritual woman and put others before herself.  For those of you who have known Joan, we thank you for the kindness and love that has been shown to her over the years.  Her sons and daughters were blessed to have had the most wonderful mother a child could have.  She was their mentor, angel, inspiration and example of Christ like love.  She was a teacher of love, forgiveness and sacrifice.  We were blessed with this angel in our lives.

Joan and Alfred celebrated their 64th wedding anniversary on Saturday, October 19, 2019.  She was a ray of sunshine.  On October 23, 2019, our Heavenly Father called her home as dad held her hand and she slipped away.  We love her and will truly miss her spirit.

Funeral Services were held Tuesday, October 29, 2019 at 11:00 at The Church of Jesus Christ of Latter-day Saints Stake Center.  Interment followed at Valley View Cemetery in Vale, Oregon.  Arrangements under the direction of Thomason Funeral Home.

To send flowers to the family or plant a tree in memory of Joan Crummitt, please visit Tribute Store