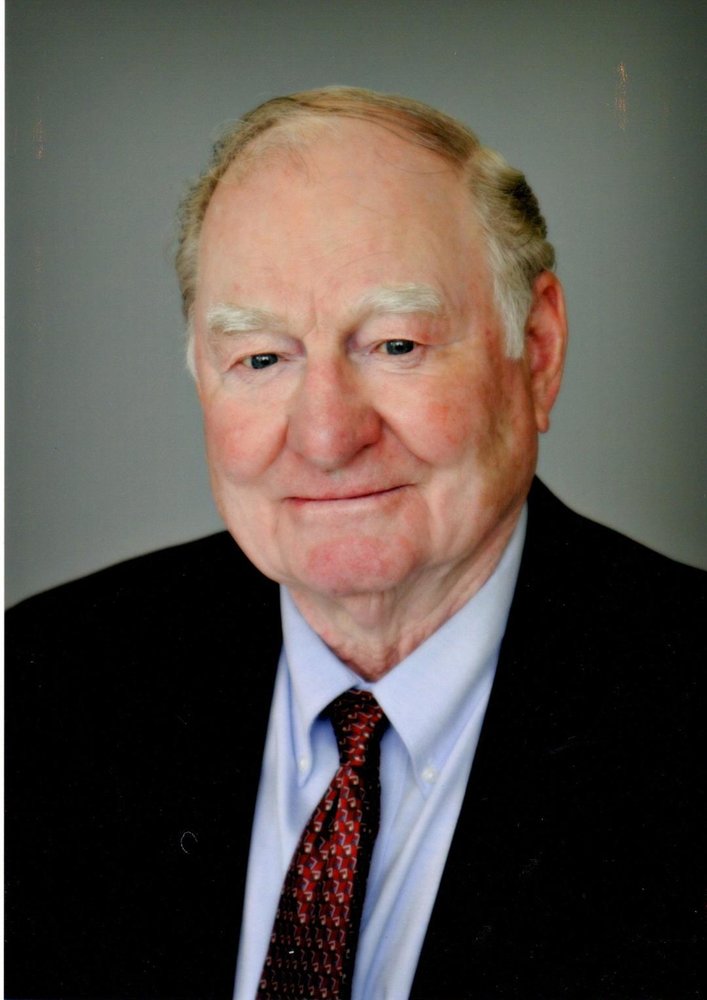 Phil Soulen, 90, of Weiser and McCall, Idaho, passed away Wednesday, October 9, 2019, in Weiser.  A reception to honor Phil and to share time and conversation with family and friends will be held from 3:00-6:00 on Monday, November 4, at the Vendome Event Center, 309 State Street, Weiser, Idaho.

Phil was born May 17, 1929, in Moscow, Idaho.  His mother, Beulah Johnson Soulen, had gone to be with her parents, Stella and Ben, who were living there at the time.  Phil’s father, Harry Boone Soulen, was busy running his sheep in areas away from birthing assistance.  Harry’s parents, Philip and Henrietta Soulen also lived in Moscow.

Phil, his mother, his father and younger sister, Norma, split their time between Weiser and McCall, following the work of Soulen Livestock Company.

Phil married Erlene Clyde of Moscow, Idaho on June 8, 1953, the day following their graduation from the University of Idaho.

Phil’s passion and dedication to the U of I remained strong following his college years.  He served on the U of I Foundation council, the College of Natural Resources advisory board, and created several scholarship funds.  He was inducted into the U of I Alumni Association Hall of Fame in 2014.  Phil rarely missed a Vandal home football game.

Phil loved his work in the sheep and cattle business and the friendships he made with fellow ranchers and associates.  Phil and Erlene worked with commitment to operate Soulen Livestock Company.  Phil gave his time and talent to the industry by serving as President of the Idaho Wool Growers Association.  He was President of the Crane Creek Reservoir Independent Water Users Company, on the board of directors of the Western Range Association, a member of the BLM advisory board, the American Sheep Producers Council and President of Weiser Feed and Storage.

Phil served his community and State well by accepting positions of responsibility on the Weiser School Board, Idaho First National Bank, Idaho Power Board, the Weiser cemetery district and the Weiser Memorial Hospital Foundation Board.  He was a director for the Idaho State Chamber of Commerce.

Phil thoroughly enjoyed life, especially golf, fishing and gin rummy.  The long-standing friendships he grew through those activities and being a member of the Arid Club were a meaningful part of his life.

Phil was fortunate to find a second love in his life.  He and Adelia Simplot shared 10 years of joy, travel and companionship.

Erlene and Phil’s great grandchildren are:  Henry, Dylan and Jay Little (Kelsey and David) and Jack, Josephine and soon to be born baby girl Little (Angela and Adam).

Please do not send flowers.  If you would like to honor Phil with a memorial the family suggests:  the Weiser Memorial Hospital Foundation, 645 East 5th Street, Weiser, ID  83672; the Philip B. and Erlene M. Soulen scholarship at the University of Idaho or the Philip H. and Harry B. Natural Resources Scholarship, 875 Perimeter Drive MS 2282, Moscow, ID  83844; or the Trailing of the Sheep Festival, P.O. Box 3692, Hailey, ID  83333.

Love and gratitude to all our extended family and friends.  We extend the same to the caring staff and residents at the Weiser Cottages and staff at Weiser Memorial Hospital who made Phil’s last few weeks comfortable.

Arrangements under the direction of  Thomason Funeral Home.

To send flowers to the family or plant a tree in memory of Philip Soulen, please visit Tribute Store