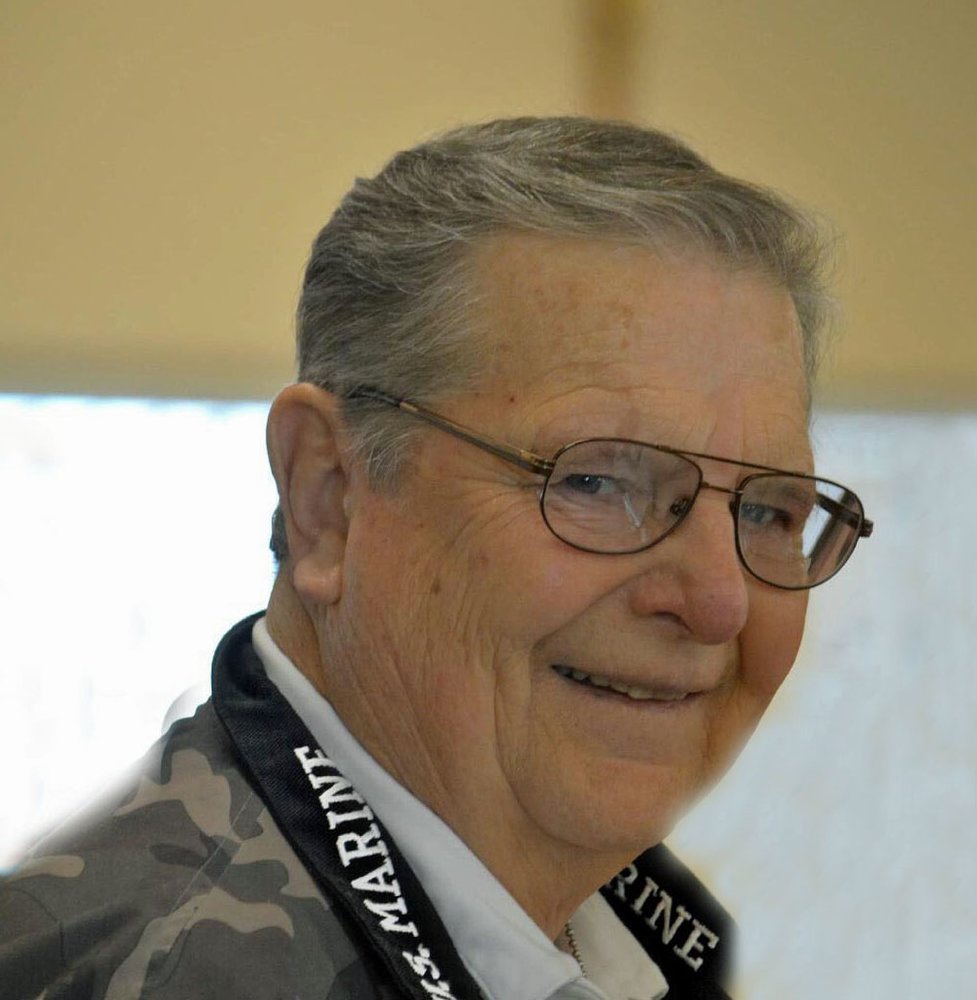 Bennie Dale Kelso, the youngest of three boys, was born to Winifred Kelso on July 7, 1943. Having been abandoned by her sons’ father, Winifred had to work to support the family and moved to Phoenix.  This left the boys on their own and, upon the advice of Arizona law enforcement, Winifred and boys relocated to Greenleaf, Idaho.

Ben completed his junior year at Nampa High School when he decided to join the greatest weapon of the United States, the United States Marine Corps, in 1960.  He left the Corps in 1964, but as it turns out, you never really leave the Marines.  He married the love of his life and his greatest sparring partner, Luretta Martin, in 1963.  They resided in many places, including Southern California and Notus, Idaho but landed in the Vale area of Oregon in 1975.

Ben and Luretta had two sons, Scott in 1967 and Kevin in 1969.  Both boys were active in sports at Vale High School, prompting Ben to become one of the loudest and most recognizable voices in the crowd.  No referee or official would do anything right again.  He was, and will forever be, cheering on the Vale Vikings and disagreeing with any “bad” call.

Ben worked as a farmer for many years and later at Olsen Lumber, before retiring in 2006.  While his sons remember him as a Marine-like father, the five grandchildren remember him as candy-giving, chocolate milk-making, campfire-building grandpa.   He did not blink an eye or say one cross word when his grandkids ran his Kawasaki Mule smack into a tree.  We will all smile when remembering Ben’s famous quote “If Kelsos didn’t have bad luck, they wouldn’t have any luck at all” and how he would answer with an irritated “yes dear” when responding to Luretta’s questions.  We will joke about how a camping trip just wasn’t complete until something went wrong with Ben’s trailer and he angrily declared it a piece of s*#(.  We will laugh even more when remembering how one of his sons would easily fix the problem, leading to Ben saying “Well, I could have done that!”  We will smile when remembering how he loved the fresh mountain air and that first cup of coffee ‘round the campfire.   Most of all, we will remember how much he loved his family and how proud he was of his sons and the families they produced. He never knew a kid that he would not take in and raise as his own if that child needed a family. I know there are many of you out there that will recall the years, months or days you lived with Ben and Luretta when you were in need.

Ben is preceded in death by his mother, Winifred Kelso Leigh and parents-in law Beryl and Opal Martin.  He is survived by his wife of 56 years, Luretta, his sons Scott Kelso (Krystal Stewart) and Kevin Kelso (Anne-Marie), his daughter-in-law Cresta Kelso, his grandchildren Kayle, Grace, Sable, Greta and Payton Kelso, his “daughters” Terry Sower and Brenda Murdock Femrite, his brothers Larry Kelso and John Kelso and many other family members whom he loved.

A memorial service will be held at the Vale Christian Church in Vale, Oregon on September 16, 2019 at 10:00 a.m. with lunch following.  In lieu of flowers, please make a donation to the Ronald McDonald House or to cancer research.

To send flowers to the family or plant a tree in memory of Bennie Kelso, please visit Tribute Store
Monday
16
September