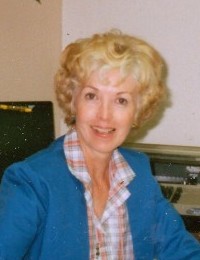 Her home was near Scappose, Ore. She went to school and graduated from Scappose High. Helen went to Oregon State College from 1951 to 1956.

They moved to Boise, Idaho, where she went to work for the Idaho State Police Dept.

She and Don moved from Boise to Payette, Idaho and she then worked for Southwest District Health until she retired in 2000. She and Don divorced and she married Cliff Hollopeter in 1991.

They first met at the 1950 Pendleton Roundup, around the middle of September. Pendleton put on a street dance with country western music.

Cliff asked her to dance and although she was only sixteen, and with her parents, they corresponded until October 12, 1951 when he gave her an engagement ring and asked her to marry him.

She had told him that she was seventeen at Pendleton, since her birthday was only sixteen days away. Cliff was drafted and went to Korea for eighteen months. Cliff was discharged June 4, 1953.

In September 1953 Cliff registered at Oregon State College to be with his Helen.

They split up there at school and she went her way, and he went his way.

Helen made one telephone call and they were married Oct. 12, 1991, forty years from the engagement date.

To send flowers to the family of Helen Hollopeter, please visit Tribute Store