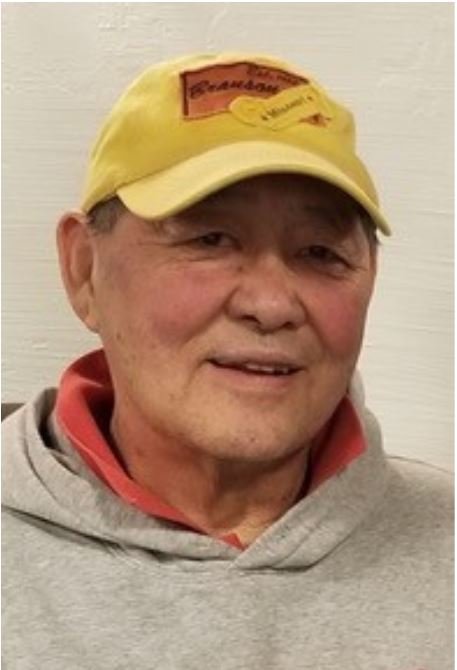 Victor Katsumi Takao was born March 3, 1944, in Ontario, Ore., to Masaru (George) Takao and Teru (Teri) Matsuda Takao. He passed away peacefully in his sleep at home in Boise, Idaho, on August 27, 2019. Victor attended school in Ontario, graduating with the class of 1962. He attended Utah State University as the recipient of the first four-year, full-ride wrestling scholarship that Utah State ever awarded. While at Utah State, Victor was a member of the ROTC program, which eventually led to a 20-year military career. Victor was proud of his service, which took him and his family from Europe to Asia, with stations including Germany, Japan and Virginia. From 1969 to 1970, he served in the Vietnam War — what he called his "all-expenses-paid vacation." Before his military career ended, Victor continued his education at the University of Oregon in Eugene in construction management. In 1978, he retired with the rank of Major. In 1965, he married Beverly Betz and had three children he adored, Paula, Scott and Greg. Victor and the kids moved to Salem, Ore., to start a new life after his service, and he started a successful concrete construction company. ln the early 90s, he moved the business to Boise to be closer to family. ln 1996, Victor reconnected with Dee Ann Knoell, his high school girlfriend, who he always said was his first love. They were married on August 30, 2002 and were just 3 days shy of celebrating their 17th wedding anniversary. That same weekend, Victor and his 1962 classmates were planning to celebrate their 75th birthdays. Vic was looking forward to the party. Oftentimes, it could be said he was the party, which he loved. Victor didn't know a stranger. He wasn't afraid of saying out loud what everyone in the room was thinking. If anyone was offended by what he said — he didn't hold it against them. He knew he was simply misunderstood. But everyone who met him knew he was a character. He could light up room just by walking into it. Victor is survived by his wife of 17 years, Dee Ann Takao; daughter Paula (Mark) Davis of Meridian; son Scott (Angie) Takao of Westminster, Calif.; stepdaughter Lesley (Daren Johnson) Ryan of Brock, Neb.; and nine grandkids: Ryan and Ben Fisk, Andrew and Austin Davis, Trevor and Nicole Takao, Canyon, River and Timber Towne; his brothers Richard (Lynda) Takao of San Antonio, Texas, and Robert (Bobbi) Takao of Honolulu, Hawaii; sister-in-law Marsha Takao of Bryan, Texas; his nephews Ryan and Mikey Takao and Tommy and Brandon Takao; and his beloved dog, Hashi. He was preceded in death by his parents; two brothers, Carl and Alan; and his son, Greg. Funeral services and a celebration of life will be held Saturday, September 7, at 11 a.m. at the Ontario Community Church, 240 S.E. Third St., Ontario, Ore. Victor will be interred at the ldaho State Veterans Cemetery at a later date.

To send flowers to the family or plant a tree in memory of Victor Takao, please visit Tribute Store
Saturday
7
September