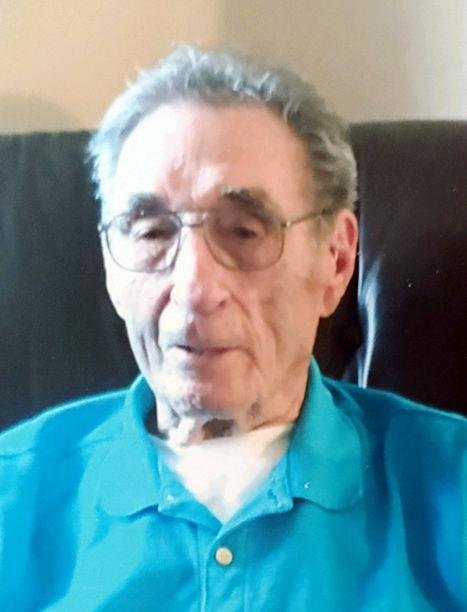 Obituary of Frank B. Echanis

Frank was born on October 11, 1927 in Ontario, Oregon to Ygnacio ‘Jack and Maria Echanis. Frank was the youngest of five siblings, Andy (deceased), Cam (deceased), Josephine (Ontario) and Johnny (Ontario) in Ontario, OR. Jack along with his wife Maria and his brother’s Ben and Joe were sheepherders in the Steen’s Mountains outside of Burns Oregon. Frank grew up in the Basque boarding house in Ontario and was great friends with the shepherding who worked for his father.

Frank attended school in Ontario and between his junior and senior year he entered the war effort. He enlisted into the Navy on June 1945 and was honorably discharged on August 1946. After returning from the Navy, Frank resumed high school to graduate from OHS in 1947. Frank enjoyed athletics, in particular basketball. With a year of maturity under his belt, “Lanky Frankie” was one of the best players in the Treasure Valley. Though he had an offer to play college basketball (Boise Junior College), he elected to remain in Ontario. He was employed by the Oregon State Highway Dept and worked on the survey crew and a couple nights a week he bartended at the Ontario Elks Lodge. Frank chose to stick around Ontario for his love of family and his passion for hunting and fishing. His mother encouraged Frank and brother Cam to hunt and fish to help supplement the boarding house meals. At times, over supplementation…

Frank’s friend pool was not limited to age, gender, race or religion. One of his friends over the years was Inez Wilson. She and her husband, Dick, ran the fuel bulk storage, Signal Oil, facility in Ontario. Inez always thought the world of Frank. When her daughter Patsien returned from college, Inez was set her daughter becoming Mrs. Frank Echanis. After many attempts to have Frank ‘accidently’ meet up with her daughter, Inez’ master plan finally paid off. On Sept 14, 1953; Frank married Patsien Wilson in Nevada. Pat never let Frank forget that on the day of her marriage, he and her mother went out and had a ‘few’ cocktails. Being late and a bit tipsy for the ceremony, Frank was never allowed to live that pre-function down.

Frank and longtime friend, Ray Plaza, purchased and operated Plaza’s Tavern. Frank and Ray created a partnership that built an institution. Frank and Ray had the ability to make everyone feel like they were part of their family. Many life time friends came from their time owning the tavern. Many of these stories and events may soon be available under the Freedom of Information Act, possibly….

When Frank fully retired, he and his accomplice, Arnie Finkbeiner, enjoyed outdoor activities. Watching sports was enjoyable but fishing and hunting were their passion. Arnie was a novice at these activities, Frank was more than willing to share his skills with Arnie. Frank’s his high patience level was often tested by his new partner. Frank enjoyed Arnie’s company and his eagerness to explore. Together Frank (creator) and Arnie (test pilot) developed and create the fish killer, “The Basco Bobbler” currently under patent pending and Oregon State Fish and Game investigation. They both fully enjoyed retirement and socializing with the entire Treasure Valley. On any given day these two and an occasional friend, would be seen Brian Coleman’s Service in Harper, Midvale, Owyhee reservoir or Brownlee reservoir….these two were always on the move.

After the death of his wife Pat in 2013 and a health setback in March of 2015, Frank moved to Boise for his remaining days. He no longer made jerky but he delivered treats to his friends, the same Frank, different address.

Few people ever lived a life as full of laughter, love and friendship than ‘Uncle Frank’. He rarely left Ontario because everything he loved was there. His needs were small and his willingness to share his time and love was as large as his life. How many kids did he teach to bait a hook or shoot a gun? Countless…

Frank always a stash of jerky in his truck to pass out, often delivered fresh fish or loaned money to someone in need. Frank, and his wife Pat, were always there when you needed them whether it be a place to stay, a meal or someone to listen to your troubles. He and his wife lived a life with a willingness to help anyone. Yet many often were also a victim of one of his many of practical joke, ask his beloved sister Josephine, or his good friend George, Ruth or his children. But this behavior was only partially his fault…Carmelo, his brother, and Father Kirkpatrick trained him well. He was the last to carry out their loving humor, it was a joy for all of us who knew and loved him.

We would also like to make special thanks for Father Jos, George Bezates, Margie, Bradi Fritz and his favorite person, his sister Josephine Keim.

Frank’s celebration of life reception will be held Saturday, Sept 14, 2019 at 10:30 AM in Ontario at the Blessed Sacrament Church with a reception following the mass. This date would also be Pat and Frank’s 66th wedding anniversary.

Please in lieu of flower or gift, please make contributions to the Ontario Basque Club on his behalf.

To send flowers to the family or plant a tree in memory of Frank Echanis, please visit Tribute Store
Saturday
14
September