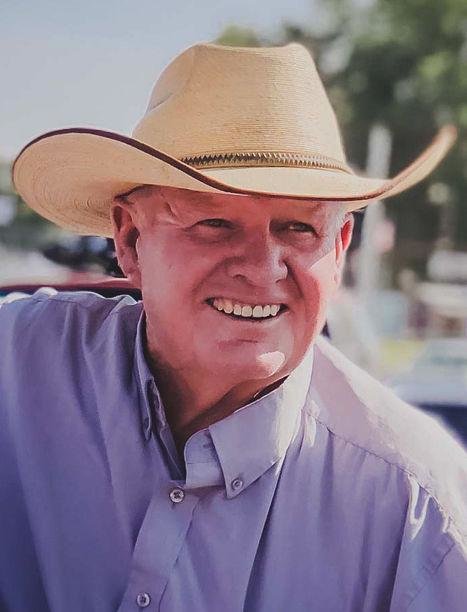 Richard Lee “Rick” Johnson, 70, of Vale, Oregon passed away peacefully in his home while surrounded by family on Monday, August 12, 2019.

Rick was born March 9, 1949 in Ontario, Oregon to Lewis and Roselind Geary Johnson. He was the sixth of ten children. Rick was raised on their farm and dairy in Vale where he also attended school. He graduated from the College of Idaho in 1972 where he played baseball and basketball. He received a Bachelor’s degree in education but returned home to the farm where he worked the rest of his life.

Rick married Sheryl Fowers on May 25, 1972 in the Salt Lake City Temple. The only thing Rick loved more than being outside on a horse was Sheryl. He raised and trained dozens of horses for all of us to ride. He also raised, trained and showed a number of very good reined cow horses. He later bought the Mud Flat Ranch where he found great happiness riding his horses and training his children.

Rick served on the boards for the Vale School District and Producers Livestock, and served as the Vale 2nd Ward Bishop for The Church of Jesus Christ of Latter Day Saints. He coached and supported many Vale youth sports teams. He influenced many people, old and young, through his hard work on the farm and ranch.

Services will be held Monday August 19, at 11:00 a.m. at The Church of Jesus Christ of Latter Day Saints Vale building with a viewing starting at 9:30. A beef lunch will be served at the church at 1:00 pm after the graveside services at Valley View Cemetery. There will be a viewing at the Lienkaemper Chapel in Vale from 6:00 to 8:00 pm on Sunday, August 18.

As dad always said “get off of your ace and onto your feet, out of the shade and into the heat.”