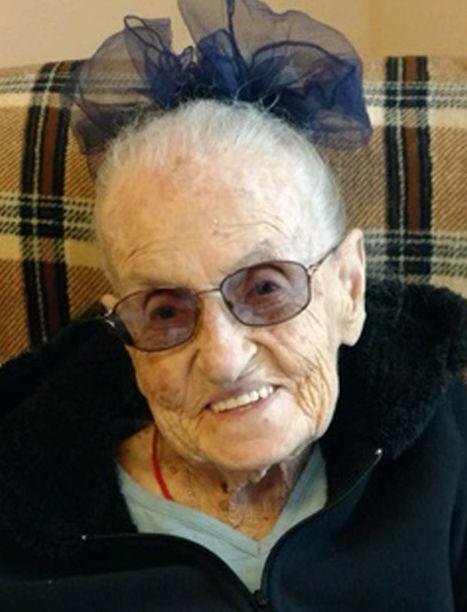 Marjorie LaVerne Dencer Zeigler, was born on January 15th 1921, to Harriet and Clifford Dencer, in Salem, Oregon. She passed on August 2nd 2019, in Fruitland, Idaho.

Marjorie is survived by her daughters, Laraine Durham, Sheryl Verts and Patty Dickinson, by Her sons, Frank Zeigler and Les Zeigler, as well as numerous Grand children, Great Grand children and Great Great Grand children. Marjorie was predeceased by Her Grandson, Steve Verts, by Her Grandson, Robert Woodward, by Her Son, Eugene Zeigler Jr. and by Her Husband, Eugene Zeigler Sr. She grew up, living in a number of Willamette Valley towns, including Portland Oregon. After Her marriage to Eugene, They and their rapidly growing family made homes in Portland Oregon, Glenwood Washington, Nehalem, Oregon, Glenwood, Washington, Moses Lake, Washington, Westfall, Oregon, and Ontario Oregon, where They built there last home together. Marjorie was a wonderful Mother to us children, a wonderful Partner to our Father and a wonderful homemaker. She worked, for a time, in the Portland Ship Yards, during the war years. While in Glenwood, She volunteered as an Air-craft Observer with the USAF. In Moses Lake, She worked at several restaurants and operated one of them, to help with farm expenses. Marjorie was a member of the TOPS organization for over 50 years, in WA. Or. and Id., and eventually became the TOPS Idaho state queen for 2008, for taking off and keeping off, a record amount of weight. She had many varied interests including crafts of all kinds, quilting, basket weaving, cake decorating, rattle-snake taxidermy.

Marjorie and Gene enjoyed collecting Native American artifacts and rock-hounding. They also enjoyed operating the family farms and helped some of their children establish farms of their own. They, very much, enjoyed the arrival and times spent visiting with all of their Grand children and Great Grand children. Marjorie was loved, honored and cherished by most everyone that knew Her. She saw the goodness in others as well as the failings and would not hesitate to let them know what they were. She believed everyone could overcome their shortcomings and did what She could, to that end. The Family wishes to express their gratitude to the many staff members of Edgewood Retirement Center, for befriending and providing loving care to Our Mother. And We would, also, like to express our gratitude to the staff of Allcare Hospice for excellent care and understanding.

To send flowers to the family or plant a tree in memory of Marjorie Zeigler, please visit Tribute Store