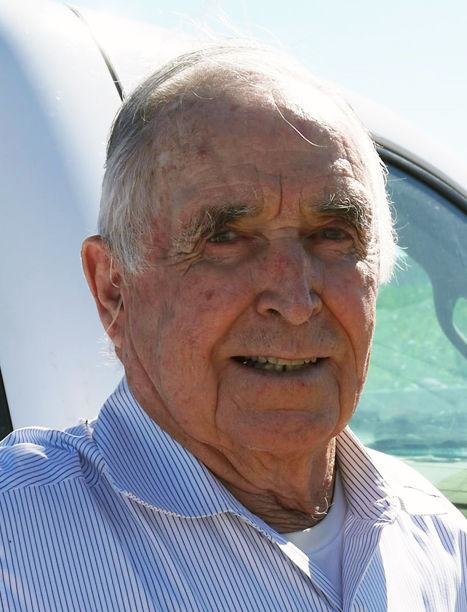 Obituary of Robert A. Cruickshank

Robert “Bob” Alexander Cruickshank, 88, passed away peacefully in his farm house of natural causes on June 18, 2019. Robert was born Jan. 25, 1931 in Boise, Idaho to George and Jean (Sproat) Cruickshank - whom he fondly referred to as Daddy George and Mama Jean.

A graduate of Emmett High School, Bob was active in athletics and known for his tremendous speed on the track and football field. He attended the University of Idaho for a time before joining the Army and eventually returned to Idaho looking for an opportunity in agriculture. Farming opportunities were scarce and Bob worked on the Brownlee Dam, as well as the Emmett Mill on the “Green Chain” pulling green lumber off the line and stacking the heavy wood.

During this time, he met Coleen Owen and they were wed. Coleen’s parents farmed on the Oregon Slope and asked Robert to join the farm, which he did after using all his savings of $1,293.96 to purchase a tractor. Robert and Coleen eventually acquired the land and added to it when the opportunity arose to purchase the present 600-acre spread on which Robert spent the remainder of his life. Robert and Coleen were blessed with two sons, Bruce in 1956 and Scott in 1960. Shortly after the birth of Scott, Coleen was diagnosed with multiple sclerosis and remained bedridden until her passing on June 18, 1971, at the age of 39, 48 years to the day before Bob’s death.

Requiring a bit of help around the house and with the boys during Coleen’s illness, Bob put an advertisement in the paper and Helen Hatch of the Big Bend area outside of Adrian responded. Through her faith and kindness, she was always helping and caring for others without wanting for anything in return. Helen became one of the family and stayed on at Cruickshank Farms for over thirty years caring for all who lived and worked on the farm.

In 1973, Robert married his high school sweetheart, Mary Mickelsen and together they raised their children, crops, and tended grandchildren on the Oregon Slope. The kids worked hard, but were given many opportunities, a rig to drive, and fuel in the tank.

Bob loved to farm, a true steward of the land, he found tremendous enjoyment in improving the land and harvesting a quality crop. You could often find Bob enjoying an early morning cup of tea at Vern’s Market with other local farmers or watching the Stock Market from his desk chair. He was an accomplished pilot and loved exploring new country through the air or by taking a drive. He was an athlete, skiing on the mountain and reservoir, challenging Chad to a foot race on the farm, and officiating athletic events around the Treasure Valley.

Bob often visited his friends at Ontario U.S. Bank, attended Boise State football and basketball games with family and friends, and took many out to dinner and dancing at the Elks Lodge – complete with his favorite, ice cream. He was a wearer of collared shirts, Pendleton wool, and suits from Quisenberry’s.

In 2007, Bob fulfilled a dream and built his wonderful brick home alongside Highway 201. He was so proud of every detail and said if he could only live in the house for three days, that would be enough. Lumber he had stored away over 20 years prior was used in the construction. He often reminisced about his parents and wished they could see his home and the life built on the foundation they provided.

Quietly giving and supporting those in need, Bob was generous, and known for giving hitchhikers rides, taking in stray cats and dogs, and in honor of his parents and aunt, he formed the George and Jean Cruickshank and Aunt Adis Little Scholarship Fund in 2006 benefitting graduates of Emmett High School.

Bob worked on the farm driving truck and tractor and changing water until age 83 and even after his more physical roles were reduced, he maintained as constant advisor and keeper of the books through his meticulous ledger and filing system. “Papa” reveled in having his grandsons around the farm and sharing his passion of agriculture with them. His signature smile shined when he showed off photos of his favorite girl, MacKenzie.

Known for sharing bits of wisdom, Bob had a few statements he repeated often including the following. “A man early to bed and early to rise makes him healthy, wealthy, and wise.” “When you raise your voice, you lose your reasoning power.” “It’s not what you achieve in life; it is what you overcome in life.” “Don’t step over dollars to pick up quarters.” “If you have your health, you have everything.” “The fox terrier always told her pup to keep your tail up.”

Robert served on the Board of Directors for the Snake River Sugar Company and was a member of the Nyssa-Nampa Beet Growers Association where he was honored as Beet Grower of the Year on multiple occasions. Additionally, he served on the Ontario School Board where he helped facilitate the building of the Tiger Gym. Bob also worked with the Rural Road Assessment No. 3 on covering the open canal on North Verde. He was on the Owyhee Irrigation District Board, and was a member of the Ontario Elks and the National Onion Association.

Family and friends are welcome to attend graveside services to be held Saturday, June 29, 2019 at 2:00 p.m. at Hillcrest Cemetery, 215 East Indianhead Road, Weiser, Idaho under the care of Thomason Funeral Home. There will be a meal and reception immediately following at Cruickshank Farms, located at 5011 Hwy. 201 on the Oregon Slope, Ontario, Oregon.

The family would like to thank Canyon Home Care & Hospice, especially Julie Thorstad for the tender care and compassion given during Robert’s final days.