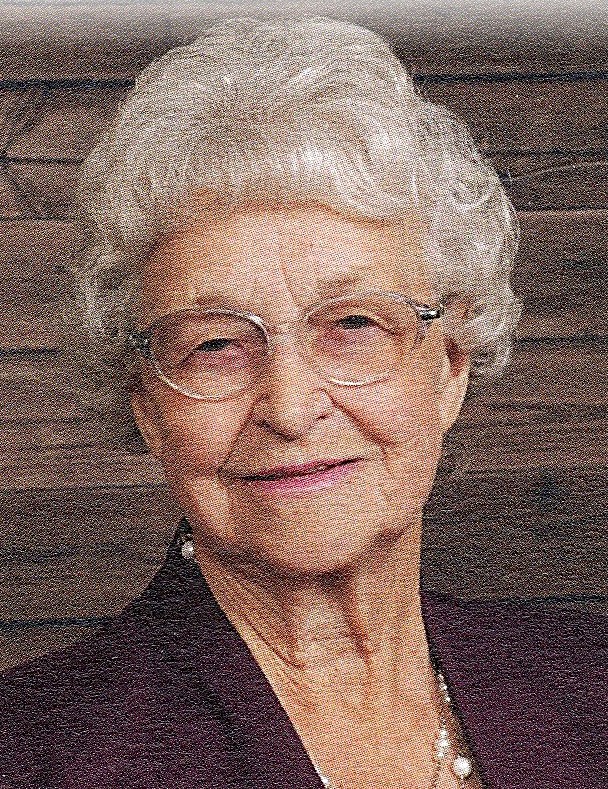 Doris was born on January 6, 1936 on a ranch six miles out of Midvale to Paul Jacks and Ruth Pearson Jacks.  Arriving on a cold wintry day, she joined Paul, Mildred, Aimee, Vernon, Alan and Dorothy.  Bobby and Bertha came later to complete the Jacks Family with nine children.

With the help of Uncle Will they also ran a second ranch at Paddock Valley, 28 miles north of Payette.  The family later moved down to a farm in the Midvale Valley closer to town.  Walking two miles to school was brutal on the children when winters were 40 degrees below zero.  The winters of 48 and 49 were the worst.

Paul Jacks supported the family by carrying the mail out through Crane Creek; a 70-mile route on horseback with a pack horse.  Paul carried the mail 42 years before passing the torch to his son Alan, who also carried the mail for years.

Mom remembers when they finally got electricity in the house when she was eight years old and her dad won a cook range.

Doris excelled at school and graduated in 1954 as valedictorian of her class.  Doris was a favorite at local talent shows where she told funny stories by reversing letters to the delight of Midvale audiences.

Her memory and memorization skills were extraordinary.  At 83, she could still quote class plays, poems and bible scripture.  She loved to tell stories and play games.  She loved to tell about miracles.  At age 16, she worked as a switchboard operator at Midvale and later Weiser.

Doris married Milt McDonough Jr. in June of 1955.  They purchased a 20-acre dairy on the Weiser flat and had four children: Luane Page, Ramona (John) Rogers, Diana (Jim) Kaus and Russell (Linda) McDonough.  They did custom haying in the summers in Hereford, Oregon then moved to Mann Creek.

Mom married the love of her life, Tom Hubbard in 1970 where they ranched in Cambridge for the next 28 years, raising cattle, gardens and kids.  Tom and Doris had two daughters: Joan Ivey and Julie (Chris) Russell.  Both daughters now live in Alaska.

Tom and Doris sold the ranch and retired to the Little Salmon River in 2008.  They loved it there so much and raised huge gardens, berries and fruit trees until Tommy passed in 2012.

Mom had the greatest faith, the sweetest spirit and kindest soul.  Mama never complained.  She carried the tough pioneer spirit of her mother, Ruth.  She loved to travel to Alaska whenever possible.  Mom walked by faith.

Defying all odds these past few months, she put hospice on stand-by and went back to living life and traveling.  A recent trip to Joseph was followed this week by a trip up the beautiful Lochsa to visit her brother Bob and Pat in Montana.

Doris is survived by sisters Aimee Wolfe and Bertha (Rick) Denham and brothers, Alan Jacks, Bob (Pat) Jacks, Vernon (Norma) Jacks and all six of her children.  She was blessed to have thirteen grandchildren and seventeen great-grandchildren.

She was preceded in death by her parents, Paul and Ruth Jacks, one brother, Paul Jacks and sisters Mildred Cada and Dorothy Pickett.

The family wishes to acknowledge the hospice nurses, Shere and Katie and to personally thank them for their caring and professional assistance.  Mom dearly loved you both as do we.  Also, a special thank you to the congregation at the Riggins Assembly of God.  Thank you to Bear Loper.

We will Always and forever miss you mom!

To send flowers to the family or plant a tree in memory of Doris Hubbard, please visit Tribute Store