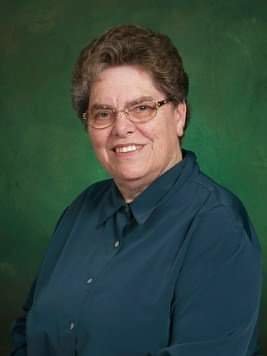 Mrs. Fox was born May 8th 1938 and raised on her family's farm located in Salubria Valley Idaho. She was the first child of August and Katherine Jaeger. Janet attended Cambridge schools, graduating from Cambridge High School in 1957. She then attended nursing school at Good Samaritan Hospital in Nampa, graduating in 1960 as a licensed practical nurse. She married Mike Fox of Midvale June 17,1960. The couple made their family home in Salubria, and during that time their son Timothy Mike and daughter Nellie Rae were born. The couple acquired land of their own in the Cove area of Cambridge in 1961. At that time they began to develop it into pasture and crop land to accommodate their registered Black Angus cattle. Mike worked for August Jaeger until 1965, and in that year the family moved to their Cove property where they lived until 2008. After retirement they made Salubria Center in Cambridge their home.

Although Janet was an LPN, she worked only a few days in the hospital. However, her training proved vital to her vocation. Throughout the years and with the help of her family, she nurtured  hundreds of day old calves. This was work she thoroughly enjoyed, and it enabled her to stay home, enjoy her gardening, and raise her children.

Janet enjoyed cooking and was happy to entertain friends. Anyone who happened by at mealtime was always welcome. She also worked with the senior citizens as an assistant cook from 1972 until 1980. This skill would be helpful to her in later years at Salubria Center, where she helped plan and write menus for residents and staff.

In 1982 Mike and Janet invested in heavy equipment and started a business around the Cambridge area. Janet was secretary and gopher, which was challenging to say the least. Mike retired in 1996. During his retirement, the couple journeyed throughout the United States and Canada with Wilfred and Maxine Fox. They also enjoyed camping with the camp club Cuddy Mountain Ramblers.

Janet's Faith meant much to her throughout her life. She and Mike facilitated Bible studies in their home for many years. An important source of joy to her was the fact that her children carried that faith on to the next generation, teaching their children and grandchildren about Jesus. Even though the children moved away Janet enjoyed close and regular correspondence with them by telephone.

She is survived by her son and daughter-in-law Timothy and Tina Fox of Rupert Idaho; daughter and son-in-law Nellie Rae and Michael Zach of Wasilla Alaska; granddaughter and husband Colleen and Steven Bennett and their children Cayenne, Elise, and Liken; granddaughter and her husband Kelsie and Ben McGraw; grandson and his wife Hunter and Jessica Zach and their children Autumn and Hazel. She is also survived by her sister-in-law Carol Jaeger; brother-in-law Wilfred Fox and his wife Maxine; brother-in-law Frank Acevedo.

Tim and Nellie would like to express their enduring and heartfelt gratitude to the staff, both past and present, of the Salubria Center in Cambridge. There was never a moment of doubt or concern about the care our parents received.  We witnessed sincere love and compassion toward our parents.

To send flowers to the family or plant a tree in memory of Janet Fox, please visit Tribute Store