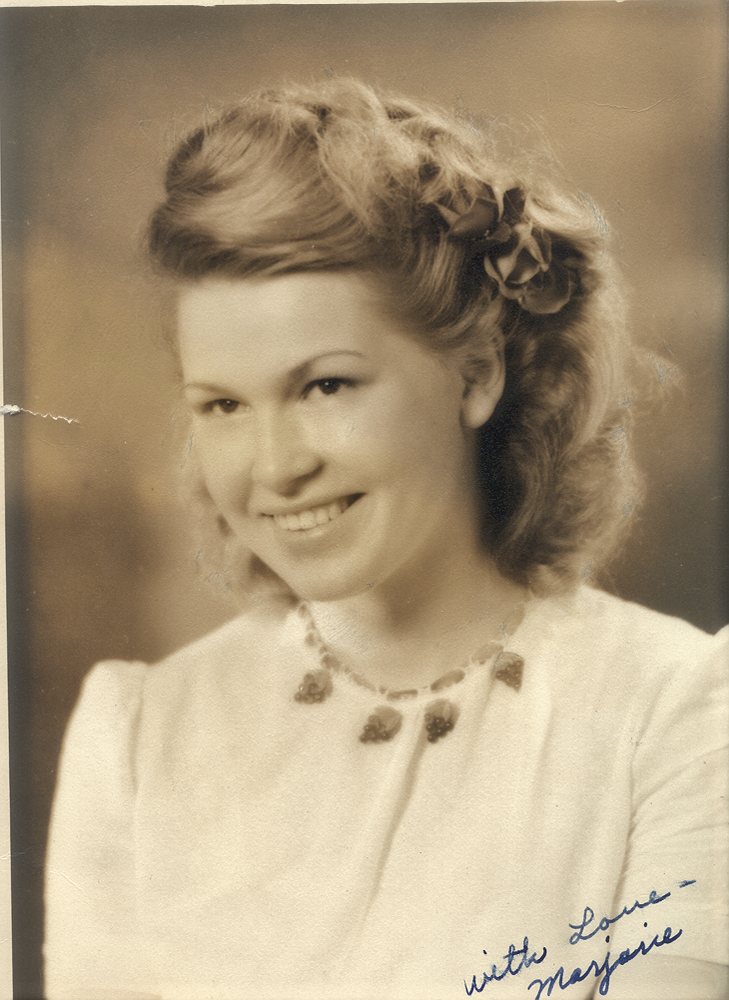 Obituary of Marjorie I Sherbert

Marjorie Inez Lindsay Sherbert formerly of , passed away on at the age of 96. Born the daughter of Allen Ezekiel Lindsay and Ethel Annis Shultz in Wilder, on . She was the fifth child of 8 including: Tracy, Alice, George, Mary, Clarice, Irene, and Willard. She grew up on the family farm in Wilder, & graduated from . It was there that she met  Robert Sherbert. She said the first time she met him he sat down in the desk in front of her, turned around and said, “HEY PRETTY GIRL YOUR GOING TO BE MY GIRLFRIEND"! She said, that she tried to ignore him but he was very persistent.  They married in and later moved to due to WWll. It was  during this time their 1st child was born  Ronald Sherbert followed by their second son David Sherbert. After the war ended the couple moved to where they raised their family. Marjorie had a beautiful voice and loved to sing in the church choir. She also found great joy in raising flowers and a garden. She had hobbies such as reading, playing the violin, sewing and painting. Her greatest joy came from being around children. She had wanted to be a kindergarten teacher but never got to achieve that dream. However, the neighborhood children flocked to her house where she loved to feed them cookies and listen to them talk. She had a soft heart for animals and she never turned away a hungry stray. She will be remembered for her sly wit and enchanting smile. She is now with her sweetheart who has been waiting patiently for his pretty girl.

Graveside service will be held at the in at on June 4, 2019. Services under the directions of Lienkaemper Chapel Nyssa.

To send flowers to the family or plant a tree in memory of Marjorie Sherbert, please visit Tribute Store
Tuesday
4
June