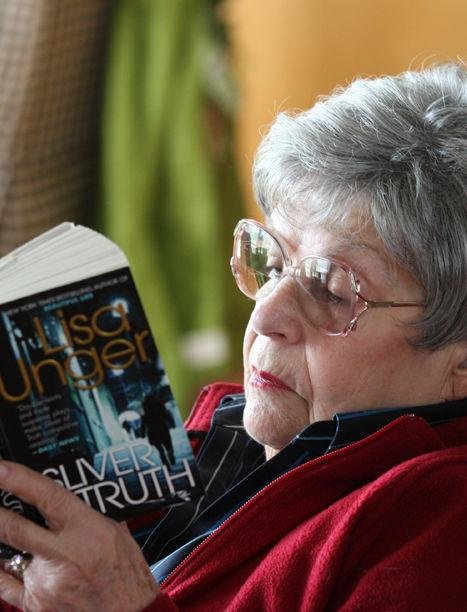 Dorothy Sarazin was born August 28, 1930 in Brooklyn, New York to Benjamin and Rose (Schwitzgold) Schwartz. She visited her sister Shirley in Nyssa, Oregon when she was 17 and met Norbert James Sarazin. Dorothy and Norbert were married August 29, 1948 at the Sarazin family home in Nyssa. They moved to a farm about three miles West of town, adding an indoor toilet to their house about six-months later.

Dorothy loved to read, often consuming a book in an evening. She was an avid learner, as well. She often read Ron’s engineering textbooks when he was home from college on break, and frequently studied enough to know nearly as much about any suspected medical challenge as her doctor. She was a good pinochle player and occasionally dealt cards at the local Eagle’s club. She enjoyed her roses and her evening glass of vodka cut with a little water and loaded with a big olive. She was a great shot with a 22-caliber rifle or pistol and was able to make a good dinner from just about anything available in the cupboard. She worked for a few years in the lab at the White Satin Sugar factory and besides raising two boys, she tended to chickens, sheep, a horse, and cattle. She enjoyed painting and, with her friend Stella Ross, dabbled in ceramics. She loved her dogs and would do almost anything for them.

One memory both Bruce and Ron have is of their Mom singing loudly with the radio while doing chores – often inserting her own words. She loved songs that ranged from “How Much is That Dog in the Window” to hard rock by 70’s and 80’s groups such as “Paint it Black” by the Rolling Stones. Bruce remembers her singing “Yakety Yak, Don’t Talk Back” several times while turning to him as he was trying to tell her something.

On April 24, 2019 Dorothy passed away in Medford. She was preceded in death by her parents, her brother Daniel, sisters Marion and Belle Shapiro, and husband Norbert. She is survived by her sister Shirley James and sons Bruce (Lynn) of Medford and Ron (Vicki) of Wilsonville, five grandchildren, and six great grandchildren.

There will be a graveside service at the Nyssa Hilltop Memorial Cemetery on May 4 at 2:00 pm. under the direction of Lienkaemper Chapel, Nyssa .

To send flowers to the family or plant a tree in memory of Dorothy Sarazin, please visit Tribute Store
Saturday
4
May

Share Your Memory of
Dorothy
Upload Your Memory View All Memories
Be the first to upload a memory!
Share A Memory
Send Flowers