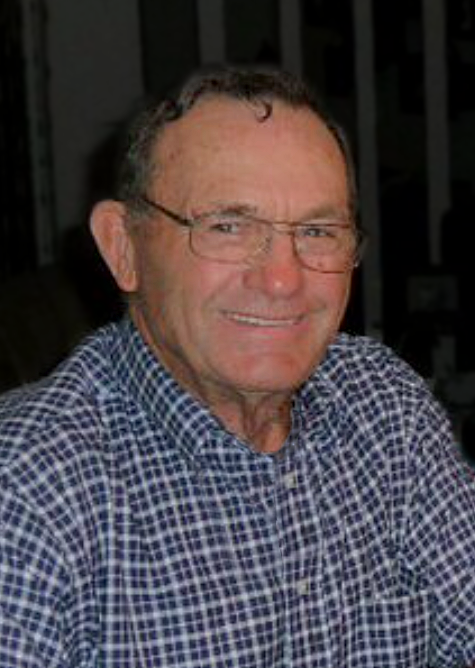 Kenneth (Kenny) Dwight Price, 89, of Adrian OR, went peacefully to be with the Lord on
April 20, 2019, surrounded by his family.
Kenny was born in Lodi (Callaway) Nebraska on February 24, 1930 to Ira Walter and
Clara Belle (Shively) Price. The Price family moved from Nebraska in 1937 during the
Dust Bowl and the Great Depression to Adrian, OR. He, his dad and a sister traveled in
a 1928 Ford while the rest of the family came by train. Upon arrival he attended
Kingman Kolony school at the age of seven. After living in several homes in the area,
they settled in Sunset Valley in the summer of 1940. In 1942 his parents purchased
land on Klamath Ave that became the family farm. Kenny had 5 sisters and 2 brothers.
The property was mostly sagebrush that he and the family cleared together, by a team
of horses. Area families and neighbors were blessed with the Owyhee Irrigation Project
that help with the settlement. Kenny attended the Owyhee School through the 8th
grade, and attended Adrian High School where he participated in football and boxing. It
was here as a sophomore he would exchange a wink with Jean Dierking in the hall. He
graduated in 1949 from Adrian High School.
On January 8, 1950, Kenny married his high school sweetheart and love of his life,
Norma Jean (Dierking) Price, quietly before church on a Sunday morning. They were
married 65 years and had 3 children. Kenny and Jean built their home in 1952 where
they raised their family and he currently resides, south of Adrian. It was here that he
raised alfalfa seed, potatoes, hay, onions and grain crops. He and his father in-law, L.W.
Dierking, were some of the first propagators of the leaf cutter bees in the 1950’s. In
1956 they built the alfalfa seed cleaning plant where he cleaned seed until his
retirement. In 1979 he envisioned a grain seed processing plant, which is known as
Price & Son Seed today.
Kenny was an active member and elder of the Kingman Memorial Presbyterian Church,
presently the Adrian Community Church. In his early years he was a Boy Scout leader,
on the Adrian School Board, Adrian Lions Club, Director of Nyssa Co-Op, served over
23 years on the Owyhee Southboard of Control, member of the Malheur Potato
Bargaining Association, and Malheur Country Alfalfa Seed Growers Association. In 1992
he was awarded the OWGL Malheur County Conservation Farm of the Year.
Kenny retired from farming in 1992. They built their retirement cabin in McCall, ID in
1993. It was here that Kenny could get away to relax and play. He snowmobiled, fished
and he even waterskied.
Kenneth is survived by his two sons, Rod (Patti) Price and Larry (Kathy) Price both of
Adrian, OR and a daughter, Sherri (Mike) Pedersen of McCall, ID. His 7 grandchildren:

Kelsey Zimmerman, Sid Price, Amber (Jeremy) Conant, Jeremy (Kaitlin) Price, Shelly
(Darren) Dallolio, Darrin Pedersen and Bryce (Jadah) Pedersen; and eight great-
grandchildren. His siblings, Shirley Robb, Marian Robb, Fern (Orville) Groves,
Bernadine (Jim) McGinnis, Joel (Vikki) Price and numerous nieces and nephews. He
was preceded in death by his parents, Ira and Clara Price; his wife, Norma Jean; sister,
(Phyllis) Joanne Share; brother and Ira Price, Jr.
The family wishes to extend a special thank you to all the caregivers for their care, love and support in his final years.
Kenny’s viewing will be held on Sunday, April 28th from 5:00-7:00 pm at Lienkaemper’s Funeral Home in Nyssa, OR. Funeral services will be held Monday, April 29, 2019 at 11:00 am at the Adrian Community Church in Adrian, OR with an internment following at the Owyhee Cemetery. Memorial can be made to the Adrian Community Church.