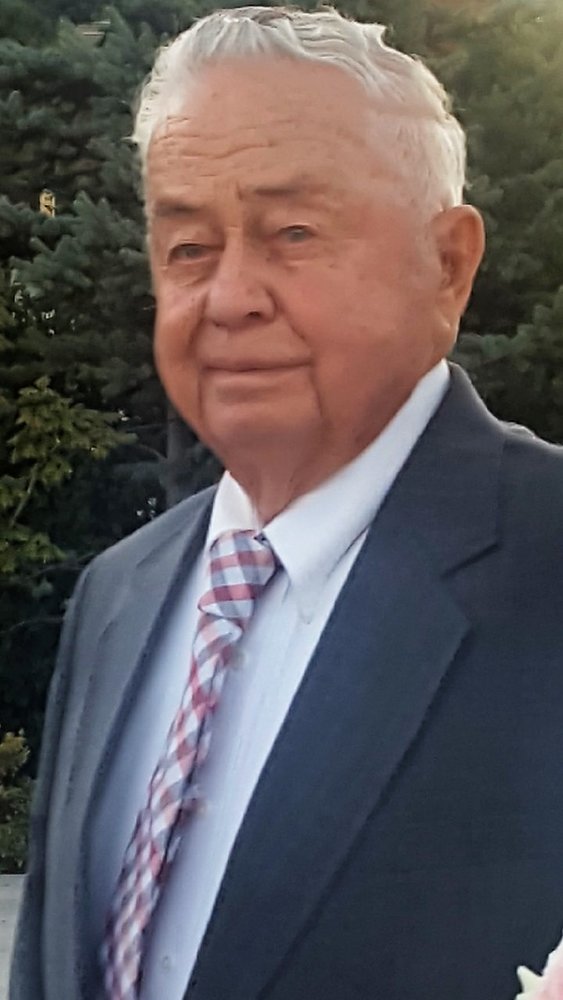 Bob fought a seven year battle of kidney failure.  He passed peacefully in his sleep, with his family at his side.

Bob was born in Eugene, Oregon, on February 7, 1933. He grew up in the Willamette Valley area.  As a young boy, he would pack a lunch in a metal bucket and spend the day exploring in the woods.  He knew where the berry patches were, and the apple trees, and the best place to catch wild salmon in the creek that ran through the property.  He always carried something home for his mother to fix for dinner or dessert.

His love of the outdoors and nature led him to love gardening and flowers, landscapes and waterfalls.  He taught himself how to whittle and began his second love; woodworking. He would carve little people and shapes and he would craft dams with sticks, to help catch the fish.

Bob graduated from Albany High School in 1952.  He excelled in wood shop and FFA, receiving honors and awards for projects and lessons.  He worked at the lumber mill right out of school for two years.

He married the love of his life, Aliece Grice, soon after they met at a church dance, in May 1952. Together, they farmed in the Jefferson area for several years, raising pole beans and strawberries.  They had two children, a son Ernest Lynn, and a daughter, Susan Elaine.

Bob and Aliece were very active in the Morning Star Grange.  Each earned high status and held various officer positions.  They were awarded the “Young Family of the Year” in 1958.

In the fall of ’59, they moved to Vale and bought 360 acres just below the Bully Creek Reservoir, and it became known as Bully Creek Mint Farm. A third child, daughter Cynthia Ann, was born in Ontario.  A beloved foster son, Larry Hale, lived with the Whites for several years.

The family was quick to become involved in the Treasure Valley area.  Bob was on the both Vale School boards, the Federal Land Bank board, the Malheur County Beet Association board, Pioneer Nursing Home board, and others.

Along with the Homer Shelby family, they raised mint, beets, corn, wheat, and other row crop for 23 years. Many high school students moved sprinkler pipe and worked the mint harvest over the years.

Bob was a wood craftsman, making everything from “tooth fairy” boxes to grandfather clocks, from Barbie houses to China cabinets, from pens to model cars. He made it all so beautifully and with love.  Bob also loved to design and landscape his yard. He crafted many waterfalls with ponds, rock planters with gorgeous flowers, and big gardens.

After selling the mint farm in 1982, his love of farming continued.  He worked with the Kamo family farms for several years and then at Simplot Soil Builders in Ontario.

His fingerprints are all over this area, in so many places and with so many families.

Bob was always available to help a neighbor and friend, a church need, and even offer a place to stay when needed.  He  loved his hometown and this community, his many friends, and his church family.

Bob is survived by his two daughters, Susan and Cindy, a brother, Martin, and two sisters, Doreen and Carol. He has six grandchildren; Casie, Jennie, Laura, Brandon, Matthew, and William and ‘almost 10’ great-grandkids. (one due next week) plus numerous nieces and nephews. He leaves behind a dear partner of 6 years, Ruby Linville.

He was preceded in death by his wife of 39 years, Aliece, and his son Ernie.

A luncheon will follow immediately after the service.  The family invites you to come celebrate with them and share your memories of Bob.

In lieu of flowers, donations may be made to Vale Christian Church or to the American Kidney Fund.org in memory of Bob White.

A private burial will take place on Saturday at Valley View Cemetery.

Services under the direction of Lienkaemper Chapel, Vale.