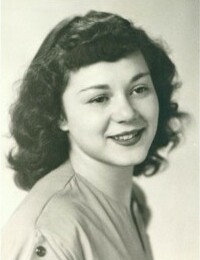 Evelyn Blakley Drumheller passed away on November 9, 2021 in a Boise hospital. She was born on September 7, 1930, in Weiser to Walter and Josie Fern (Aldred) Blakley.. After her mother’s death in 1931, she and her sister Barbara spent time with their aunt and uncle, Dewerd and Edna (Aldred) Grace. Eventually, they were raised by her grandparents, William and Leda Aldred.

Evelyn married Walter Drumheller on August 23, 1947, and graduated from Weiser High School in 1948. Shortly after their son was born, they moved to western Oregon, where Walt worked in heavy construction. They returned to Weiser with the addition of two daughters, eventually purchasing a farm on the Weiser Flat.

She worked at various jobs throughout her life, but spent most of her time with the Idaho Department of Employment. She was a member of The Church of Jesus Christ of Latter-Day Saints and held many different positions throughout the years.Evelyn loved to volunteer in the community, and she served in a variety of organizations. She especially loved the National Oldtime Fiddler’s Contest and served in various capacities such as Hospitality Center, Parade, Music Sales, and Information Booth. She was honored as Senior Grand Marshall of the Fiddle Parade in 2005 and First Lady of Weiser in 2002. Evelyn was instrumental in starting the Community Thanksgiving Dinner many years ago with the help of Donna Wiggins and Evelyn Stover. She loved to travel. Evelyn and Walt visited many states and also overseas. After Walt’s passing, she continued to travel with her good friend, Beryl Spratt, and enjoyed seeing the world. Her last overseas trip was in 2004, when she went to Egypt with her granddaughter.

She loved her family, and enjoyed supporting them at ball games, concerts, birthday parties, graduations and holidays.

Graveside services were held on Saturday, November 20th at 12:00 noon. Memorials may be made to the Weiser Senior Center.