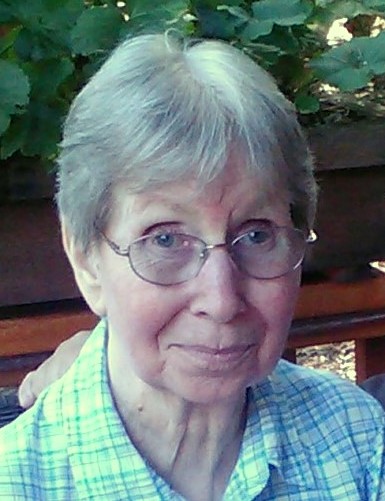 Joyce Louise Elfering, age 90, peacefully passed away on September 2nd at a local hospital of natural causes. Joyce was born in Caldwell, Idaho, on May 13, 1930, to Mark and Edna Cawdery. She grew up in Wilder, Idaho on the family farm with an older sister and brother, Patrice & Dale, as well as a younger brother, Carl. Being raised during the Great Depression was impactful on her. She mentioned remembering that a loaf of bread cost 10 cents and wages paid to farm workers were 10 cents an hour. After graduating from Wilder High School in 1948, Joyce headed off to Lewis-Clark State College in Lewiston, Idaho. She graduated with a degree in Education. At that time, three years of college was the requirement for a teaching degree. She was quite adventurous, given when and where she was raised. During the summers, Joyce worked at a soda fountain in a store located next to Old Faithful in Yellowstone National Park. Joyce was called “Miss Cawdery” when she and a girlfriend accepted teaching assignments in the Portland, Oregon area and then onto Las Vegas. While she rarely visited the casinos to gamble, Joyce enjoyed the local entertainment, seeing the likes of Dean Martin, Frank Sinatra, and Sammy Davis, Jr. One summer break, she and a girlfriend hit the road, traveling as far away as Tallahassee, Florida.

Joyce returned to the Treasure Valley to teach in Adrian and then in Vale, Oregon. A local dentist and his wife invited Joyce and an eligible bachelor named Frank Elfering to dinner. They started dating in January of 1958, were engaged in May, and then married at St. Patrick’s Church in Vale on July 16, 1958. The newlyweds honeymooned in Calgary, Canada.

Joyce put her teaching career on hold with the birth of her two daughters and one son. As her children grew, she went back into the educational world as a substitute teacher. She needed to complete her four-year-degree to go back into the classroom full-time. During the summers of 1968 - 70, she packed up her children and headed to Eastern Oregon College. They lived in family housing on campus and they would travel home to see Frank, Sr. each weekend. In August of 1970, Joyce graduated with a Bachelor’s Degree, at the age of 40.

From 1970 to 1990, Joyce taught 1st and 4th grades at Vale Elementary School. The number of students she educated over the years are many. It always made her proud to see her former students either in person or in a newspaper article. She knew she made an impact on many people’s lives. She retired at the age of 60 in May of 1990, which coincided with the births of her two first grandchildren.

Along with being an educator, Joyce loved to learn and be up on current events. She was an avid reader and read nearly every book on Oprah’s book list. Even though she lost sight in one eye a number of years ago, she continued to enjoy books, magazines, and newspapers.

Joyce’s love of adventure was elevated in retirement. She and Frank spent a number of winters in Green Valley, Arizona to get out of the Eastern Oregon cold. They enjoyed trips to Hawaii, National Park lodges in the west, a bike tour of Holland, the United Kingdom, Ireland, and trips to numerous other spots across the country.

Joyce was a regular walker and exercised before it was a real “thing”. She embraced the importance of a healthy diet and the need for movement. She made sure her children participated in school sports, 4-H, and had many opportunities to expand their horizons. It was also important to her that her children develop “lifelong sports” such as snow skiing. Fifty years later, her children and grandchildren enjoy skiing or snowboarding. Many summer and holiday get-togethers at Sunriver or at the beach were organized by Grandma Joyce. She so loved visiting with her family and hearing what family members were doing. It was very special to her to be surrounded by her grandchildren during holidays and they all held a special place in her heart. In 2003, Frank and Joyce sold their Vale farm, moving to Ontario. They built a home and Joyce continued living there after Frank died in 2007.

In 2015, Joyce needed more assistance and relocated to a local assisted living facility. She thoroughly enjoyed her friendships there and continued her walking and reading habits, as well as being the family information spreader, helping us all stay updated on each other’s family’s activities and travels. Joyce is survived by her daughter, Joan (Gregg), of Troutdale, Oregon; daughter, Jean (Rhett), of Beaverton, Oregon, and son, Frank, Jr. (Elizabeth), of Eagle, ID. Her brother, Carl (Virginia) resides in Caldwell, Idaho. The eight grandchildren who lit up her life are Sean (Chelsea) and Kelly Holstrom, Taylor and Christian Boudreau, and Hannah, William, Emily, and Lauren Elfering. She is also survived by numerous nieces and nephews near and far. Her family is so very grateful for the amazing care she received at St. Alphonsus Ontario and through Heart and Home Hospice as she transitioned to her eternal home. Due to COVID-19 restrictions, a private funeral mass for the family was held at Blessed Sacrament Catholic Church in Ontario with internment at Valley View Cemetery in Vale. Lienkaemper Memorial Chapel of Ontario provided the arrangements. Donations, in lieu of flowers, can be made to the Vale Vikings Alumni Endowment Scholarship Fund, P.O. Box 274, Vale, OR 97918. Thank you for helping to provide financial assistance to the generations coming after Mrs. Elfering’s many students.