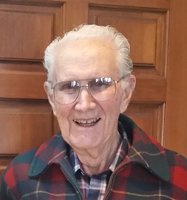 Joe was married on January 21, 1946 in Council, Idaho to the love of his life, Elsie Magdalen Yeaw.  They were married for 74 years and blessed with two children, Linda and Timothy.  Joe was enrolled as a Master Mason on November 24, 1948.  He was a member for 71 years in the Masonic Lodge.  Joe worked as a BTJ Steamfitter at the Hanford Nuclear Plant in Washington. He went on to be an employee of the Federal Prison System, having completed 20 years of service July 31, 1993 as a Construction Representative at FCI Lompoc, CA.